The meeting is part of the “Friendship Match” between China and Russia, that will also include a strong tournament for children under 14 and simultaneous exhibition with GM Sergei Shipov.

Hou Yifan said to TASS: “I hope that the Friendship Match will become traditional and will be held in different cities to further promote the Sino-Russian chess friendship”.

Ernesto Inarkiev said: “I really like the name itself – “Friendship Match” – because chess erases the boundaries between people that speak different languages, as we can always sit down and play a game.” 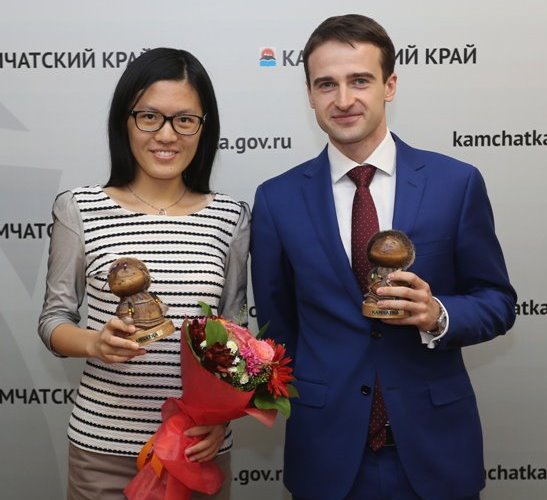 This is the third “Friendship Match” and the first held in Russia – the previous two were completed in Beijing and Shanghai.

Petropavlovsk-Kamchatsky was chosen as venue in the tender ahead of Moscow, Irkutsk and Sochi. The tournament is organized by the Russian Chess Federation with the support of the charity fund of Elena and Gennady Timchenko. The idea was born when the Fund began providing support to the All-Russia competition of school teams “White Castle”.