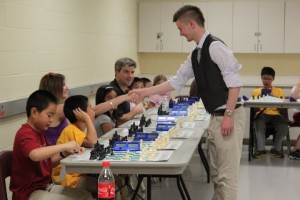 IM Hambleton has become one of the resident Chessdom commentators in the past few months. After successfully covering the Grand Slam Tata Steel tournament this January, now IM Hambleton is bringing the human side of chess for everyone following the Candidates 2013.

In the rest day of the World Championship qualifications, the young Canadian player gave an extensive interview about the Candidates, chess in Canada, his recent stellar rise, and the secrets behind earning 5 norms in just a few months. To know more about IM Hambleton see his short biography here and visit his official website www.amanhambleton.com

– Hello IM Hambleton, thank you for agreeing on this interview in your busy schedule. You are commenting daily the Candidates on Chessdom and you are basically living with the stories the top players create on the board these days.

Yes, I love the work I do here with the Candidates tournament; it is a privilege to be able to watch, comment, and learn from the very best. I don’t think I have ever analyzed a game as thoroughly as when I have to provide the commentary. I feel as though it helps my own chess understanding greatly, and I try my best to make things as clear to the audience as it appears to me. I hope everyone enjoys as much as I do!

To be honest, I also feel a great deal of pressure knowing 100 000+ people are watching the commentary. It doesn’t affect my performance, and nor do I feel nervous when commenting, but I am conscious of the fact that if I make a mistake it will be broadcasted to everyone. Such a stage is essential to perform on, and I feel this in the same way as if I play high intensity chess games. I thrive under this tension in chess, and I think it translates to anything I do. I enjoy the responsibility that high-pressure situations create. 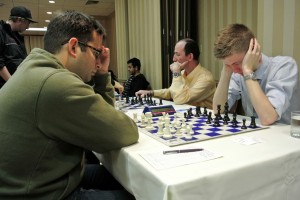 – Everyone is curious, what is the reason for the burst of your chess strength? You completed 4 IM norms in just a few months, got the IM title and the first GM norm. How come this stellar rise happens now?

I believe it was mainly a question of extended inactivity and a lack of proper focus and discipline. Before, I had never studied chess in a structured manner, nor consistently applied myself towards it. This was because of my school studies, among other things. In the summer of 2012 I made some serious preparations for the World Junior Chess Championship because it would be my last eligible year to compete in this tournament, and I wanted to shine on an international stage. When my study paid off with a good performance and my first IM norm, I continued my training regiment and became self-motivated. Since September 2012 I have been playing about 20 FIDE games/month and I gained more than 230 ELO over this period of time. Except for the summer, Canada does not have any tournaments where it is possible to score norms, so playing outside of my country gave me the much needed incentive. I guess the short answer to the question is motivation. Success and attention to what I do is my motivation, and once I found it I let it consume me. 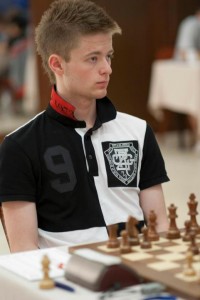 Aman Hambleton in the game against GM Yaroslav Zherebukh (2629), where he earned his IM norm

– One of your recent tournaments was the strong UT Dallas Open.

I played in the UT Dallas FIDE Open from March 9th-13th and it was a valuable experience. First of all, it was a vacation because I took a plane from -18 degrees at the Toronto airport and landed in +22 degrees at the Dallas airport. I enjoyed the weather, the luxurious hotel, and the visit to a new American city. As for the tournament, I was excited because of the strong pre-registered list; such a strong section of 40 players gave very good norm chances. I started out very successfully, beating GM Iotov with Black in the second round, and then drawing GM Berczes with Black in round 3. I had 2.5/3 and played a tough loss against GM Negi on board 1 in the following round, and I think I found it difficult to recover. After losing two more games in a row, I regained my composure and finished strongly: 3/3 to end the tournament =8th. So I did not get the norm I was looking for but it was important lesson for me to stay focused even when the games were not going well.

– What are your future tournaments and the ones you most look forward to?

Coming up in just a few days is the Philadelphia International so I’m looking forward to yet another chance to play for a GM norm. Looking further into my future, the next important event that I will be seriously preparing for is the Continental Championship for the Americas taking place in Bolivia May 6-15th. There the norms are worth double and I can also earn a spot to the World Cup 2013 with a top-4 finish. I’m taking this event very seriously, and hope to follow the footsteps of my countrymen GM Eric Hansen who finished =1st at the last Continentals in Argentina 2012 and will play at the World Cup. I would like to join him there!

– You, together with GM Eric Hansen, are spearheading the future of Canadian chess. How do you see the general development of the game in the country?

The level of chess in Canada is improving lately. More players can be seen interested and studying the game, and we have a lot of new, strong junior players who have risen to recent successes. The problem is that we have no effective program like Chess In Schools or government support for chess. This means that chess is restricted to a hobby, passion, or pastime instead of a culture. I think this is the biggest hindrance in terms of the future potential for growth. We have the talent but no special grants in place to nurture the ones who possess it. As I mentioned already, we also do not have very many events yielding real norm opportunities until the summer, so that’s why a lot of Canadians are underrated and under-titled. I think the future of Canadian chess is picking up pace, but there are so many changes I would like to see. The top players from Canada need to receive more support from the federation or they will stop competing regularly as so many great Canadian players have done in the past. 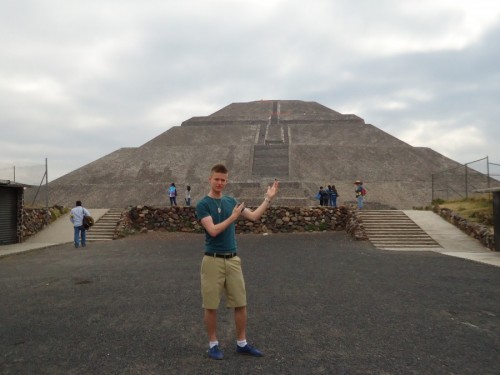 My favourite thing to do is travel. It is both a hobby and a pastime, as well as a welcomed necessity for the chess tournaments I play. I studied languages in university, and I hope to be able to communicate on a basic level wherever I travel to. I speak English, French, and a good level of Spanish at the moment. I would love to learn Russian though, this must be essential for chess! I’m a soccer player as well; I love playing chess in the Latin American countries because of the passion they have for soccer, even in the streets. I understand that chess is a sport of mental and physical fitness in tandem with acquired abilities, so I take an interest in maintaining a healthy lifestyle and image. It may sound strange, but I enjoy taking care of myself.

– How do you find so much energy daily? You not only comment the games, but after that you go and play blitz with the fans at the Master Challenges at the Chess Arena?

You know, this is a mystery to me as well. I only get about 5-6 hours of sleep on average, because I choose to be up so late and then I’m required to be up so early. I’m almost completely nocturnal at this point, and consider myself the most productive at night. There is something addicting about being awake while the rest of the world is sleeping. I get a rush from the feeling that I’m being more efficient than anyone else, and since I was a baby I have always considered sleep as a terrible chore. Although it catches up to me during some tournaments, I always find the energy to dedicate to chess. 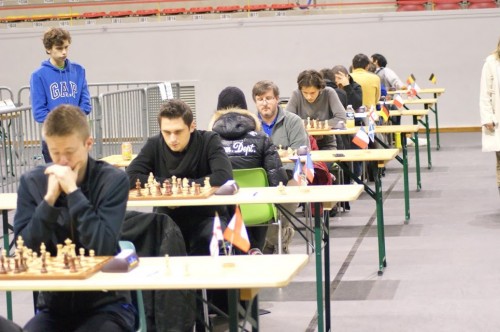 Playing in the famous Vandoeuvre Open