The streets in the Paris suburb of Asnières-sur-Seine will have the names of former World Champions Anatoly Karpov and Vladimir Kramnik.

“Russian players have always been among the best players in the world, consistently achieving brilliant victories in international tournaments and are great example for young people.” – Manuel Aeschlimann said.

Last year Anatoly Karpov personally was in Asnières-sur-Seine to hold a simultaneous exhibition with the students of the local chess club in the framework of the Days of Moscow in the French capital.

Vladimir Kramnik lives in Paris and is married to French journalist Marie-Laure Germon. 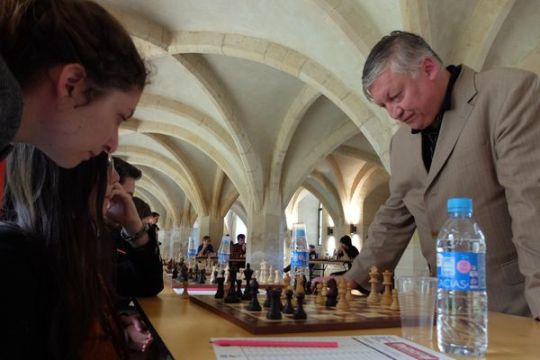