The strongest 8-player event in chess history – the Top Chess Engine Championship– is proving to be the most unpredictable event as well. Only two engines will qualify for this year’s Superfinal, which will be a 100 games match for the highest title in computer chess

After 16 rounds, Komodo and Stockfish are sharing the first position with 10,5/16. The engines are neck in neck and that comes as no surprise. For the past four years these engines have been ruling the chess software world. However, as of this season, they have a new equally strong contenders. Just 1/2 points behind them at 10,0/16 is Houdini 5 dev. The legendary engine by Robert Houdart is back with a new version and the ambitions of the author for the top position is clear. A little further behind at 8,5/16 is Fire by Norman Schmidt. It is cruising smoothly through the stage, and with just one loss out of 16 games, Fire will certainly have its chances for a medal in the coming games.

Andscacs and Jonny, both at 5th-6th position with 6,5/16, are up for a merit of their own. They are ahead of the historically strong medalists of TCEC Rybka and Gull.

With over 21 decisive games so far, each victory is essential in the TCEC Stage 3 race. You can replay all games here. 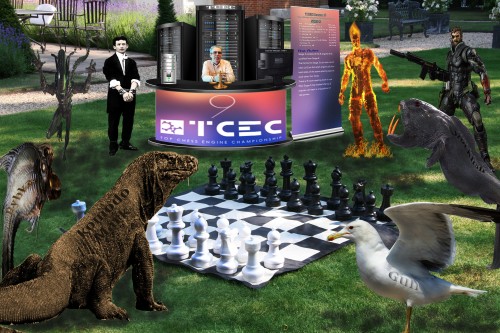