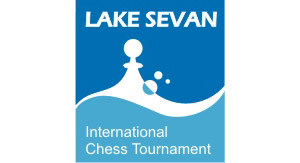 In 2003 he became U14 European and World champion.
In 2006 he again took the title of European champion U18 age group.
In 2007 Sergey became bronze medalist of Belarus.
In 2009 he became the World U20 vice-champion. In the same year he took the 5th place at Aeoroflot Open A1 Tournament.
In 2012 and 2013 he was the winner of Baku Open International Chess Tournament.
Sergei Zhigalko is a three-time champion of Belarus.

In 2006 he earned a gold medal at the “World’s Junior Stars” tournament, held in Kirishi.
In 2007 Ivan became the World U18 Champion and the World U20 Vice-Champion.
In 2007 he became Russian U20 Champion /Saint-Petersburg/.
In 2012 Ivan earned the title of Moscow Champion.

In 2004, 2006 and 2007 Avetik was three-time champion of Armenia in different age groups.
In 2008 he was awarded with the title of International Grandmaster and in the same year he took the second place at Belgorod and Fajr Open tournaments.
In 2009 he took bronze medal at the Third International Sardaran Cup Tournament.
In 2010 Avetik became the champion of the 70th Armenian Men’s Chess Championship, as well as the winner of Bansko Open chess tournament in Bulgaria.
In 2012 he became the champion of the Open Chess Tournament held in Pavlodar, Kazakhstan, as well as vice-champion of the 5th Karen Asryan Memorial in Jermuk.
In 2013 Avetik became vice-champion of the 73th Armenian Men’s Chess Championship.

In 2007-2008 he took the third place in the European Junior Championship.
In 2008 Karen became U14 Champion of Armenia.
In 2009 he won the first prize in T. Petrosyan Memorial.
In 2010 he became European vice-champion, as well as World Chess Olympiad Champion with the Armenian U16 team.
In 2013 Karen took the first place in 39th Open Internacional chess tournament held in Sitges, Spain, as well as the second place both in 12th Rochefort Open tournament and in Andranik Margaryan Memorial.