World Champion Magnus Carlsen celebrated his 23rd birthday with 68,000 people at the Santiago Bernabéu Stadium as he took a ceremonial kick-off in the La Liga match between Real Madrid and Valladolid.

Real Madrid CF President Florentino Pérez invited Carlsen to be the special guest of the match and presented him with a shirt and engraved watch as birthday gifts.

Realmadrid.com notes that Carlsen “received an ovation from the Bernabéu after winning the title by beating Viswanathan Anand, who is also a Real Madrid supporter”.

Real Madrid proceeded to beat Valladolid 4-0, with Gareth Bale scoring his first hat-trick in the club. 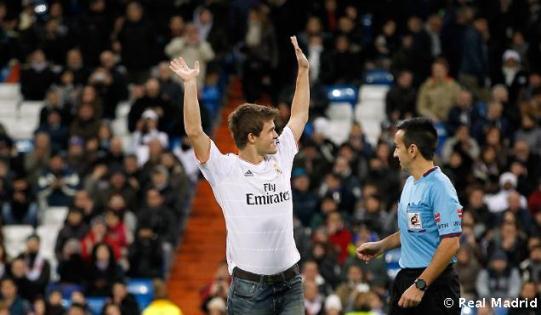