“I think it will be an interesting four game match between two very creative players”, said Ivanchuk, who will play the first semi-final with Morozevich (Friday, 16.00). Carlsen-Wang Yue will be the second semi-final, on Saturday.

The four players attended a press conference after the drawing of lots. Some excerpts:

– Morozevich: “Rapid chess should have a separate ranking, and the same applies to blitz and blindfold. I also think team championships games should not count for the Elo rating”. The other three participants agreed with him on that.

– Carlsen: “I don’t have a clear opinion on chess and doping. But I do think something must be urgently done to avoid the help of computers during the games”. 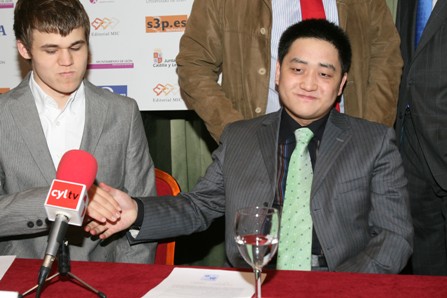 Magnus Carlsen and Wang Yue in the second semifinal

– Wang Yue on his good results: “I knew all my opponents well because I had studied their games carefully. But, as I was new on the top, they knew much less about me”.

– Ivanchuk: “My crisis is now gone, after my good play last week against Navara”. On how he learned Spanish: “A bit of everything. Books, tapes, TV programmes, my second and Mexican friend Manuel Leon Hoyos and, of course, the Mexican girls, who helped me a lot”. 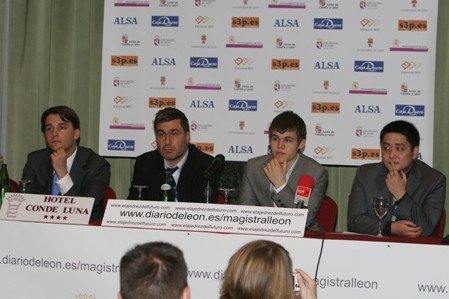 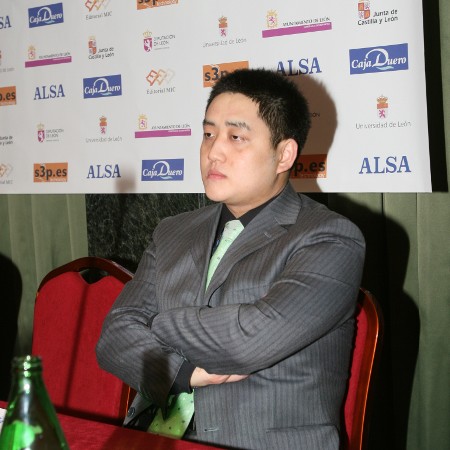