Two days are left to the start of the Chess Olympiad 2010 in Khanty Mansiysk. Some of the players have already arrived in Ugra, others are still on the way, but the expectations and excitement from the big event in the Russian region is evident.

The players themselves are commenting on their team possibilities. Here are the opinions of GM Jon Ludvig Hammer, GM Luke McShane, and GM Avetik Grigoryan, as well as the interesting detail of the presence of the ESPN network at the event.

4 days before the Olympiad – Russia wants 2 teams in top 3, scandal in Romania

3 days before the Olympiad – the latest about the Opening ceremony, the security of the World Olympiad, the VIP guests, and even the food of the players

All news about the Olympiad here / Participants

Jon Ludvig Hammer, who will lead the Norwegian dinamic duo at Khanty Mansiysk together with Magnus Carlsen, commented on Norway’s goals at the Chess Olympiad at his blog gmhammer.wordpress.com, “The Norwegian team will be leaving Gardermoen airport tomorrow with Russia and Khanty-Mansiysk as our final destination after a pit stop in Munich. I checked the weather forecast today. It’s depressing to say the least. I was supposed to get my new sunglasses this week, but never did – luckily(?) it seems that I won’t be missing them in Khanty!
I’ve been checking some internet forums, and have noticed that people have great expectations for the Norwegian team! While I’m very flattered by the faith in us, it’s only realistic that our ambitious goal will be to upset some of the big gun countries and leave the top 15-hunting to the other chess superpowers. But we have many strong individuals, so other minor goals will be Magnus hitting 2850, myself hitting 2666, Elsness making his GM-title and Urkedal his IM-title! As for Hansen, people in Norwegian chess know that he’s capable of anything, as proven by his two earlier GM-norms.

GM Hammer also hopes for Tromso winning the Olympiad 2014 bid, “Hopefully Tromsø 2014 will succeed in their bid to host the Olympiad in four years. If we spend resources on the Norwegian team, we might be able to field a spectacular lineup at home field in the midnight sun.

The next event for GM Hammer after Khanty Mansiysk is the European Club Cup 2010, where he will be first board of Oslo Schakselskap. 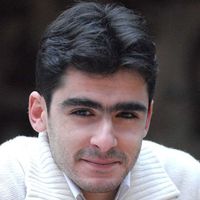 Avetik Grigoryan about the atmosphere in the Armenian team

Avetik Grigoryan, the Armenian chess champion for 2010, spoke to national journalists, confirming that Armenia is ready for the Olympiad. “Among the chess players of Armenia there is a friendly aamosphere, which will definitely give positive results.” Avetik Grigoryan added, “We had two camps, one in April and one in September in Jermuk, where we practiced, analysed chess problems, and played some rapid chess, now we are ready for the Olympiad.”

Armenian Chess Federation announced the rosters for the Chess Olympiad immediately after the national championship finished on 31st January. The men’s team, winner of the 2008 Dresden Olympiad, saw only one change as GM Avetik Grigoryan is replacing GM Tigran L.Petrosian. Grigoryan convincingly won the Armenian chess championship, finishing two points superior ahead of Petrosian. More about the team here

Luke McShane commented for Express, “This year the England men’s team is at full strength, seeded twelfth for the open tournament, while the women’s team is seeded 38th. It’s no surprise that the Russians are favourites in both sections, but the team to watch is Armenia, who won the Gold in both Turin in 2006 and Dresden in 2008. Several of the world’s top players will be turning out, including Magnus Carlsen, Veselin Topalov, Vladimir Kramnik and Levon Aronian.”

ESPN network at the Olympiad

Sports network ESPN will do a recording of at the 39th Chess Olympiad, but they will focus not on he favorites, rather on Uganda! According to Sunday Vision the American cable television network has taken keen interest in the team following the impressive display of the side’s youngest player Phiona Mutesi.

The 14-year-old is on the ladies team set to make a debut at the World’s premier Chess show. Other players are Ivy Amoko, Mutesi, Joan Butindo, Grace Kigenyi and Rita Nsubuga Nansove.