Iranian Chess Championship Finals for Men and Women are taking place 3-14 March, 2010. The men section consists of 11 players headed by GM Ghaem Maghami, 7 times champion of Iran. The women section is of 13 players with WGM Atousa Pourkashiyan as top seeded.

The tournament will not have GM Elshan Moradiabadi (2558), GM Morteza Mahjoob (2519), GM Amir Bagheri (2423) and five time women title winner WGM Shadi Paridar, but will still be one of the strongest round robin events of the month.

More information by Reza Mahdipour at Achmaz.ir where you can also find photos of the event. 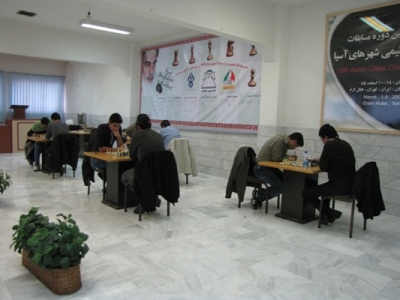