The Russian Chess Federation and Elena and Gennady Timchenko Charitable Foundation announce that the International Russia-China Junior Match of Friendship will be held on August 3-5.

This year the tournament will be played in Harbin, the capital of Heilongjiang province. The Match of Friendship will be a part of the annual Xin Rui Festival.

The chess event is supported by the Chinese Chess Association and the regional Ministry of Sport.

The tournament will be organized for the 4th time. The Match of Friendship has become a bright and memorable event in the chess calendar both of Russia and China. 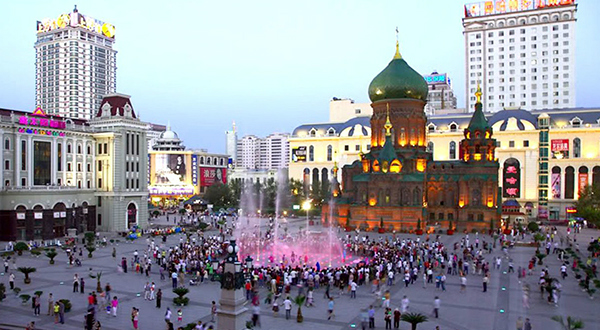 The teams are composed of 8 young chess players under 14 years old – 6 boys and 2 girls in each team.

The Opening Ceremony will take place on August 3 and will be attended by the representatives of the Ministry of Sport of Heilongjiang province, the representatives of Administration of Harbin, President of the Chinese Chess Association Yang Junan and Deputy Director General of the Timchenko Foundation Igor Baradachev.

The European Champion 2017 Maxim Matlakov is invited as well. He will give a 16-board simultaneous exhibition for both the Russian and Chinese team members.

The first Match of Friendship was held in 2014 in Beijing and obtained an extensive publicity in the Chinese media. In 2015, the Match was organized in Shanghai. In 2016, Russia hosted the match for the first time. The venue was Kamchatka, one of the most beautiful places of the Russian Federation.

The Match of Friendship includes a cultural programme as well. In 2015, the Match was dedicated to the 70th anniversary of Victory in the Second World War, therefore the children visited the War Museum of Shanghai. In 2016, participants and guests got acquainted with the unique nature of Kamchatka.

In 2014-2016, Russia was represented by the team which had showed the best result at Belaya Ladya (White Rook).

Apart from the children’s competition, matches of the Russian and Chinese leading grandmasters were played as well. China was represented by a former Women’s World Champion Hou Yifan, while three European Champions – Alexander Motylev (2014), Evgeniy Najer (2015), and Ernesto Inarkiev (2016) – played under the Russian flag.