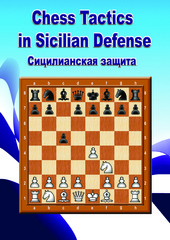 This Sicilian game is a frequent opening when you play online chess, currently ranking in top 5 of the openings of ChessArena.com. That is why we are starting a series of Grandmaster video tutorials of the opening with GM Petrov, GM Bauer, GM Kuljasevic and many more.

Black’s 5…a6 aims to deny the b5-square to White’s knights and light-square bishop while maintaining flexible development. 6.f4 is among the popular Najdorf moves, but certainly not top of the list, thus giving you an edge against opponents with less theoretical knowledge in the line.

In this video GM Petrov takes a look at a game from the EICC 2002, where black opted for 6…e6

A more unconventional response to f4 is 6… Nbd7 aiming for the c5 square. A very different game arises that can revolve around an e5 push with the idea to open the center. Here is a live blitz game video by GM Petrov in this variant.