On 5th May the central city square in Ćuprija, Serbia, was the locale of the outdoor simultaneous exhibition with the purpose of promoting chess among children.

The organizers, Chess Club Radnički Bone and Ćuprija City Council, have insisted on inviting prominent female players in order to encourage a greater number of girls to start playing chess. 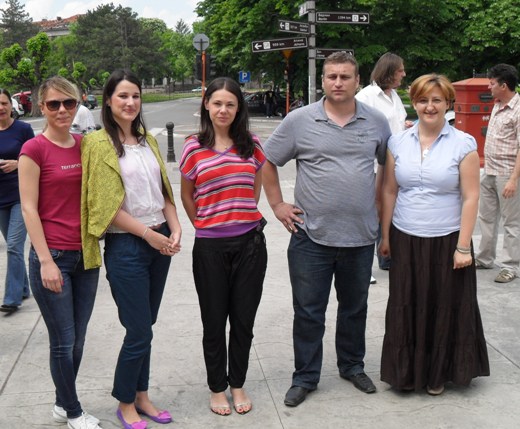 Kids from Zaječar, Jagodina and Ćuprija took their places opposing the Masters. The event sparkled huge interest among the children and their parents, as well as among the by-passers who paused behind the tables to follow the action.

24 boards were set but the response was enthusiastic and five more kids were added to the queue.

The ladies were very efficient to score 27 victories in a little longer than one hour. Matija Ivić from Jagodina drew against Ljilja Drljević, while Borislav Ilić from Ćuprija took a draw from Andjelija Stojanović.

National television RTS 1 recorded the event for a report in their morning programme. 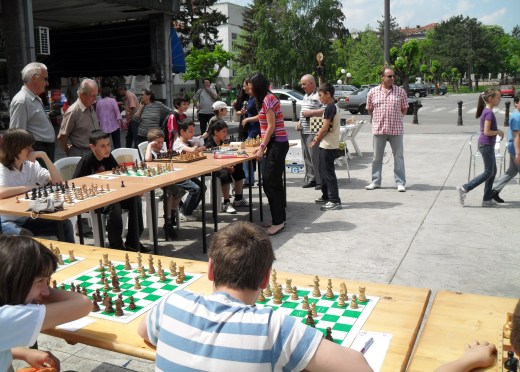 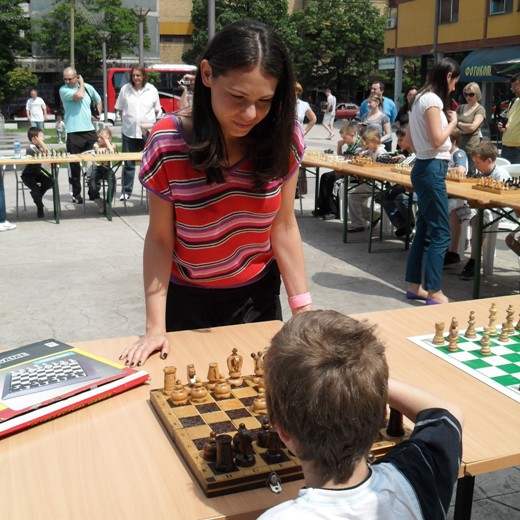 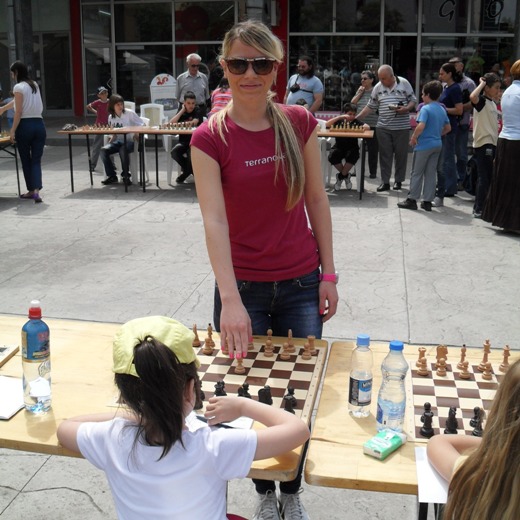 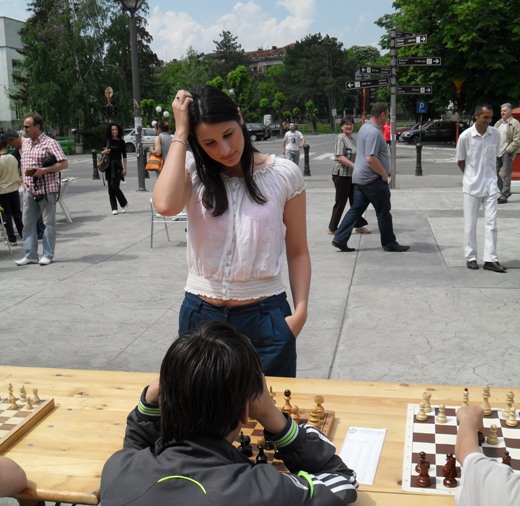 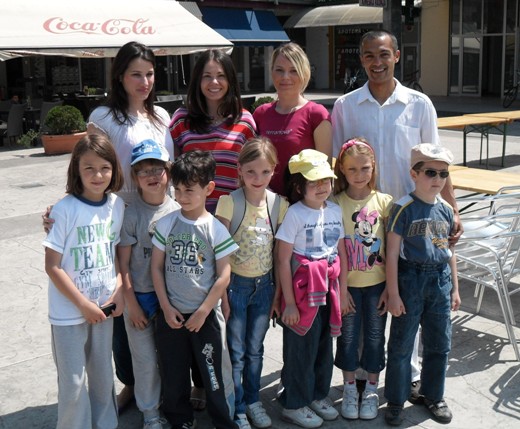 Kids from Zajecar and their chess teacher Vladica Simic 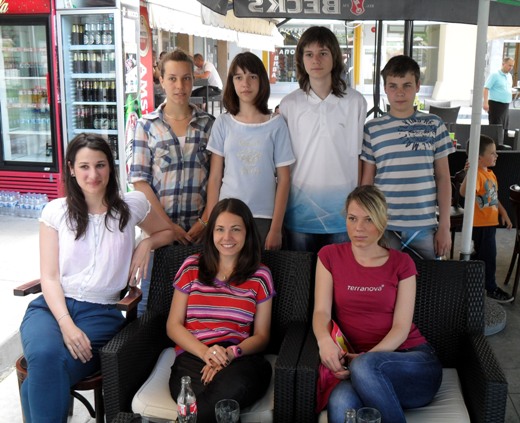