On June 21, the city of Kaliningrad was the venue for a grand opening of a nationwide competition: the 68th Russian Men’s Chess Championship and the 65th Women’s Chess Championship. For the first time, the competition is being held as part of the international program Chess in Museums implemented by the Russian Chess Federation together with Elena and Gennady Timchenko Charitable Foundation.

The Higher League was opened within the walls of Fort No. 5, a unique fortification structure built in the late 19th century. The organizers arranged a lot of pleasant surprises for the Higher League’s guests and participants, including a genuine field kitchen that was a great success. 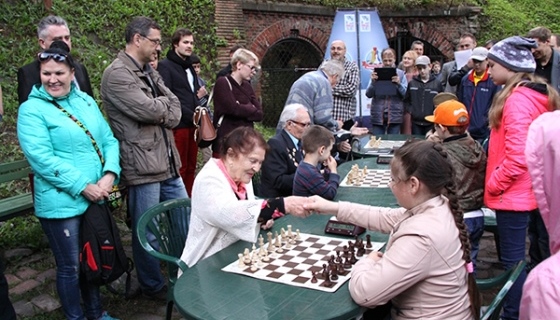 The ceremony was preceded by an open tour for the guests given by Sergei Rambolovich, head of the Fort No. 5 Museum. Two exhibitions brought from Moscow were also available for everyone. Dmitry Oleinikov, a candidate of historical sciences, shared plenty of information about the exposition Chess in the War Years 1941-1945 from the collection of the Russian Chess Federation’s Museum of Chess. The exhibition Our Chronicle provided by the Timchenko Foundation shows Soviet Union history in war years through fates of individual people. The project’s participants are elderly people affected by the war and sharing their memories sincerely.

The ceremony featured welcoming remarks by Maria Morozova, General Director of the Timchenko Foundation; Minister Oleg Kosenkov, head of the Sports Agency of the Kaliningrad Region; and Alexander Tkachev, Deputy Executive Director of the RCF. 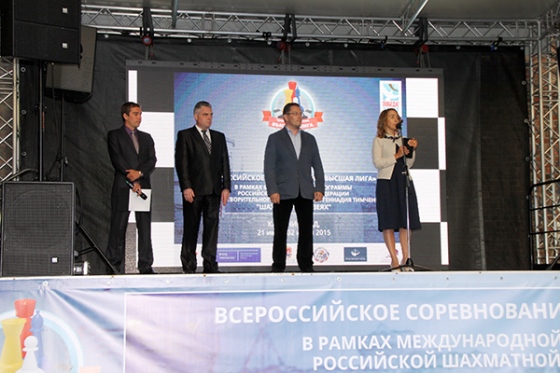 Maria Morozova congratulated the audience on the opening of the Higher League, which this year became part of the Chess in Museums project.

“In the year of the 70th anniversary of the Victory in the Great Patriotic War, we are opening the tournament in Fort No. 5, an outdoor museum that immortalizes the heroic deed of Soviet guardsmen in April 1945. The date of the opening was also chosen for a reason: the Great Patriotic War started on the night of June 21-22. On behalf of the Charitable Foundation and its founders, Elena and Gennady Timchenko, I would like to begin by welcoming the veterans of the Great Patriotic War present here and congratulate them with all my heart on the 70th anniversary of the Great Victory. I would like to thank the leadership of the Kaliningrad Region, the city and the Fort No. 5 museums, and all our partners who helped us to organize this tournament jointly with the Russian Chess Federation. We do hope that you will like this unusual museum arena chosen for holding a chess tournament and that it will attract more attention to both chess development and the development of various museums,” said Morozova in her welcoming speech. 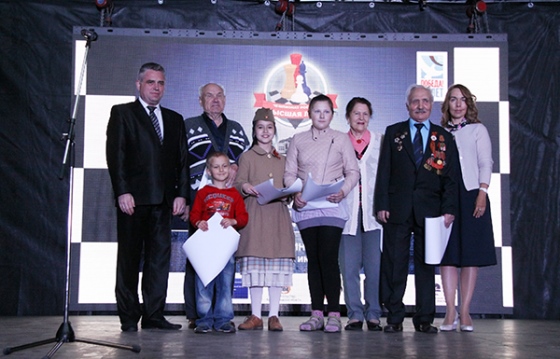 Oleg Kosenkov noted that the Kaliningrad Region was a sports region, and that he was pleased to host such a big chess competition. “We are happy that the Russian Chess Federation and Elena and Gennady Timchenko Charitable Foundation entrusted us with hosting the Higher League. I hope that all tournament participants will take away nice memories of our Amber Region,” he said.

Alexander Tkachev thanked the Kaliningrad Region administration for the excellent reception and read a welcoming telegram from Andrei Filatov, President of the Russian Chess Federation. In his address, the RCF chief emphasized that the Higher League would feature a lot of events for the general public ― simultaneous exhibitions, lectures and workshops ― and that these “add-on chess activities” would boost the development of children’s, young people’s and amateurs’ chess in the region. 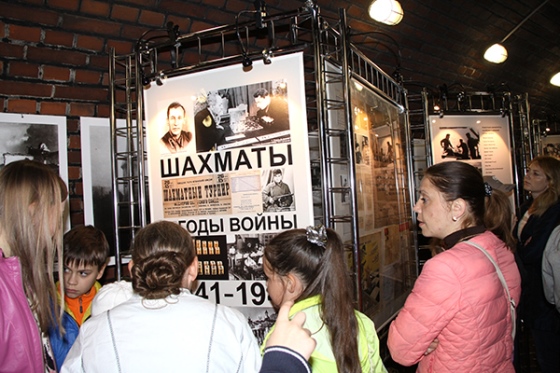 The official part was followed by singing and dancing performances, between which a slide show was broadcast on the big screen depicting the war years: Chess at the Frontline, Chess at War Hospitals, Chess in the Blockaded Leningrad, and Chess Tournaments in the years of the Great Patriotic War.

Then there was a friendly tournament between veterans and very young players, with winners all around. The veterans and the children received presents from the Russian Chess Federation and the Timchenko Foundation.

The opening ceremony was concluded by laying flowers at the obelisk erected in memory of the Soviet heroic soldiers who stormed Königsberg. 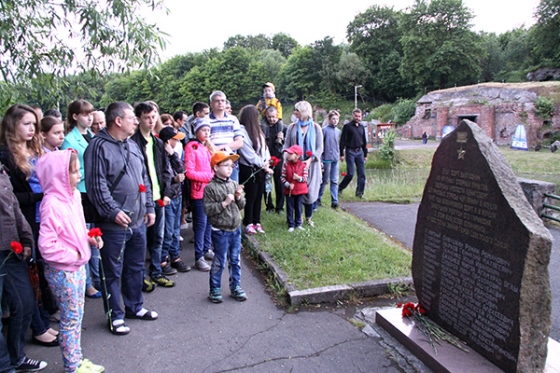 At the end of the day, a technical meeting with the drawing of colors was held. Vladimir Malakhov, the rating favorite of the Men’s Tournament, picked the white piece; thus, all male and female participants having odd numbers will play their first game as White.

To recap, the men’s tournament participants will include former FIDE World Champion Alexander Khalifman, Europe Champions Evgeniy Najer and Alexander Motylev, 1998 Olympic Champion Vadim Zvjaginsev and the winners and medalists of many tournaments Maxim Matlakov, Ernesto Inarkiev, Vladimir Malakhov and Sanan Sjugirov, as well as young and ambitious players such as Daniil Dubov, Vladimir Fedoseev, Vladislav Artemiev and Ivan Bukavshin, who became the Russian Junior Champion in 2015. For the first time in the Higher League’s history, the men’s tournament will feature a woman: Olympic Champion Olga Girya.

The women’s tournament will also be the battleground for many famous players, such as the European Championship’s bronze medalist Alina Kashlinskaya, Vice-World Champion Ekaterina Kovalevskaya, the well-known sports journalist and head of the TTC Ostankino chess club Elmira Mirzoeva, and the young talents, winners of many children’s and junior championships of Russia, Europe and the world, Anna Styazhkina and the 12-year-old Aleksandra Maltsevskaya, the Higher League’s youngest participant. 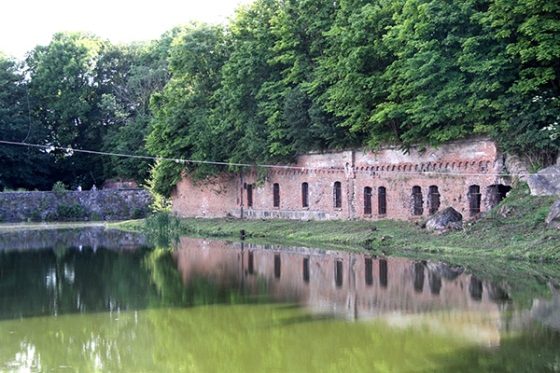 The games will be played at the Baltica hotel. The participants will play in 9 rounds according to the Swiss system.

Time control: 90 minutes for the first 40 moves followed by 30 minutes for the rest of the game with an addition of 30 seconds per move starting from move one. The players are allowed to be late for the beginning of a game by no more than 15 minutes. The participants are forbidden to offer draws until after move 40.

A children’s program will be organized on the free day, June 27. The Museum of the World Ocean will host a simultaneous exhibition for 50 young players. In the museum’s lobby, visitors will see the exhibition Chess in the War Years 1941-1945 from the collection of the Museum of Chess and Our Chronicle organized under the auspices of the Elena And Gennady Timchenko Charitable Foundation. When the simul is over, the children and the guests will be able to visit a unique aquarium and research ship Vityaz thanks to the support from the administration of the Museum of the World Ocean.