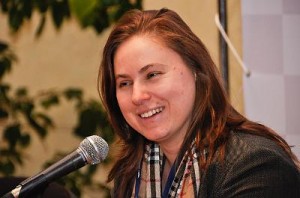 The January FIDE women rating list has been released by the World Chess Federation. Yet again Judit Polgar is convincingly leading with ELO rating of 2696 ELO, 93 points ahead of competition. Yifan Hou did not have her best month, as he was eliminated in the World Championship in Khanty Mansiysk. However, she still keeps the second position in the women rating list and is the only player besides Polgar to have a rating over 2600 ELO. Her closest competitors are Humpy Koneru with 2597 ELO and Anna Muzychuk with 2582 ELO.

With the World Championship taking most of the month, relatively few games were played by the top players. The most significant rating changes came for the ones reaching the final rounds of the competition. World Champion Anna Ushenina jumped to 24th position in the world with 2477 ELO, adding 25 points in the process.  Finalist Antoaneta Stefanova is back in the 2500 ELO club after gaining 25 ELO points. Semi finalists Harika Dronavalli and Ju Wenjun won just 2 and 4 points respectively.

The 100th position at the top women list is now 1 ELO point lower, Ekaterina Ubiennykh was sitting there with 2360 in December, now the position is for Wang Yu with 2359. The women rating list suffers yet another rating deflation, dropping 1 point on average.