The first games of the World Chess Cup Quarter-finals were played on Friday, September 9th in Khanty-Mansiysk.

The game between Ruslan Ponomariov (Ukraine) and Vugar Gashimov (Azerbaijan) ended first. Ponomariov was clearly not in the mood for a long game after yesterday’s tiring tie-break. When Ruslan realized that his opponent is well-prepared for the opening, he started to repeat the moves, and a draw was agreed in about 40 minutes after the start of the round.

The game between Peter Svidler (Russia) and Judit Polgar (Hungary) lasted little longer. In a rare line of the Sicilian Black quickly carried out the thematic d7-d5 break and almost equalized. Perhaps White could still fight for a small advantage, but Svidler allowed a bishop sacrifice on the 14th move, and Judit didn’t miss her chance to force a draw by perpetual.

Alexander Grischuk (Russia) created certain problems for David Navara (Czech Republic): Black had an isolated pawn on c5 after the opening, which potentially could become weak. However, White failed to block and attack it properly. Navara rearranged his pieces and managed to trade the pawn, after which the game was a clear draw. 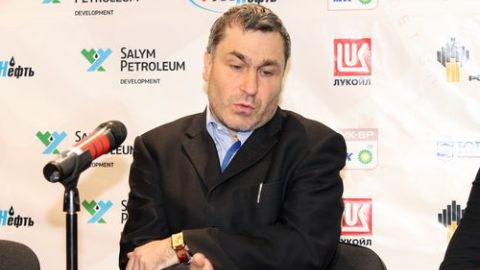 The only decisive result was achieved in the game between Vassily Ivanchuk (Ukraine) and Teimour Radjabov (Azerbaijan). Radjabov, playing Black, opted for the sharp Dragon Variation of the Sicilian Defense, showing his inclination to a major battle. Ivanchuk deviated from the main theoretical lines, and the game entered a maneuvering stage with a slight edge to White.

Black made a mistake on the kingside, carelessly advancing his pawns, and then overlooked an unexpected tactical blow on the 28th move. Radjabov had to give up a queen, but did not get full compensation for it, and resigned after the 40th move.

The second games of the Quarter-finals will be played in the Ugra Chess Academy tomorrow, September 10th.