The UAE Chess Federation and Al Ain Chess Club, under the auspices of FIDE, have the honor to invite all FIDE member federations to participate in the World Youth Chess Championships 2013 (Under 8, 10,12, 14, 16 and 18 years old – open and girls) scheduled 17 (arrival) – 29 (departure) December 2013 in Al Ain, United Arab Emirates.

The tournament will be played using the Swiss System with 11 rounds.

The rate of play will be in accordance with the FIDE rules: 90 minutes for the first 40 moves followed by 30 minutes for the rest of the game with an addition of 30 seconds per move starting from move one.

Every National Federation can register one official player in each category (under 8, 10, 12, 14, 16, 18 years old, open and girls). This total of twelve (12) Official Players plus two (one man and one woman) accompanying officials belonging to the national federation are invited by the Organizers.

In order to provide appropriate tournament conditions, the Federations must complete carefully the official online registration form and submit to the organizing committee by 17 October 2013. 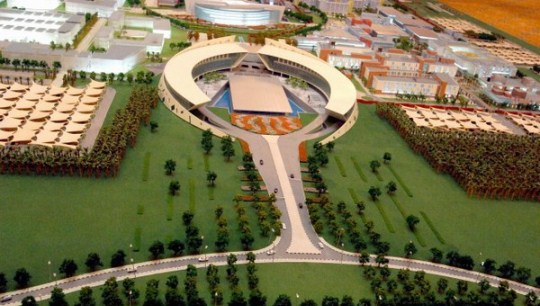 The venue is the UAE University in Al Ain, 120 km from Dubai, Sharjah and Abu Dhabi airports which are hubs of many airlines with regular flights per day from major airports all over the World. There is also an international airport in Al Ain.