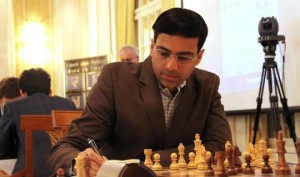 Former world champion Viswanathan Anand defeated Levon Aronian in the 2nd round of the 2015 Zurich Chess Challenge, after the Armenian player run into deeply prepared line of the Gruenfeld Indian defence.

Vladimir Kramnik created some pressure from the white side of Reti Opening in the game with Hikaru Nakamura. However, the American solved the problem in defense by giving the queen for a rook and bishop. The position simplified and the opponents agreed to a draw.

In the time trouble both players made small inaccuracies and the game was eventually drawn. 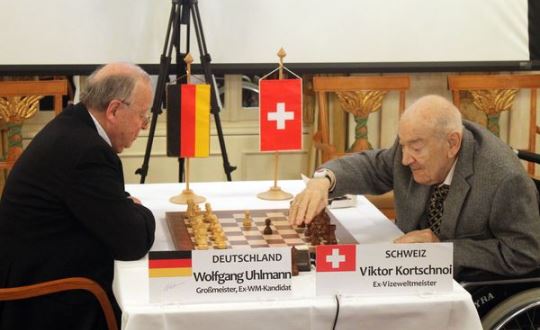 On Sunday the rapid match between the two legends, Victor Korchnoi and Wolfgang Uhlmann, started. Uhlmann won the first game with white pieces, but Korchnoi struck back in the second. The score is tied and the winner will be decided after the final two games on Monday.

Vijay Kumar kindly provides the video of the first two rounds and the games between Uhlmann and Korchnoi: