The Alekhine Memorial finished today in Saint Petersburg. This new elite event took place in two great venues and did not see any trouble with the organization. Levon Aronian took first place after beating Maxime Vachier-Lagrave with the white pieces in 42 moves. He caught Gelfand in the standings and took first place due to the first tiebreak criterion, bigger number of wins. Viswanathan Anand finished third.

Four players arrived to the last round with a chance to catch Boris Gelfand in the lead. Levon Aronian was the only one able to do it in his game against Maxime Vachier-Lagrave. The French used his pet Gruenfeld Defense, looking for a chance to get an unbalanced position. After losing his game – and the sole lead – yesterday, Maxime was looking for a last surprising result that would give him the best result of his career.

Aronian played sharply with an early f4. A dynamic position presented itself on the board and the Armenian made the right exchanges to get an edge. In the final position, white is an exchange up with a dangerous passed pawn on the a-file.

This win gave Aronian overall victory, which came as a slight surprise after his loss in the first round against Ding Liren. 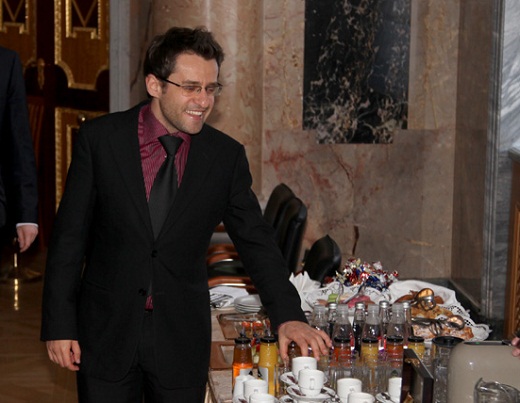 Boris Gelfand had to face World Champion Viswanathan Anand in his last game of the tournament – not an easy task at all. The Israeli had the white pieces and went for a solid line that led to quick exchanges. The passed d-pawn obtained by white only gave him a slight edge in the race for the initiative.

Anand simply neutralized his opponent’s threats and continued making normal moves in a completely symmetrical position. By the moment the players approached the time control, there was no doubt they would split the point. Anand had used almost an hour more than his opponent. 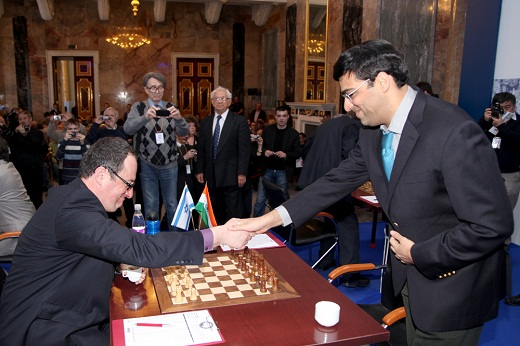 Vladimir Kramnik finished the event on a high note. He defeated Michael Adams with black in a very long struggle. The Russian finished with an even score, which might come as a disappointment for him, given the level he showed at the Candidates Tournament. This result allowed him to remain with a rating over 2800.

The ex-world champion used his favorite Berlin Defense. The position seemed like it would easily lead to a draw, specially taking into account the good level that Adams has shown in the event. However, Kramnik used his great technique to grind down his opponent. He increased his advantage gradually and only got the full point on the 75th move.

Adams also finished with an even score, sharing 4th-8th places. 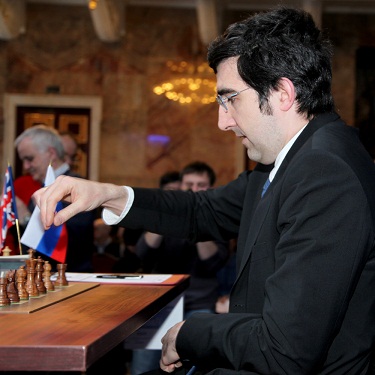 Vitiugov – Ding Liren and Svidler – Fressinet finished peacefully at exactly move 40. Peter Svidler did not have a good performance as he finished in very last place with 3/9. He will try to redeem himself in Norway, where he will replace Vladimir Kramnik.

Another great chess event has gone by, but there is still more to come. Stay tuned to Chessdom.com to receive updated information. 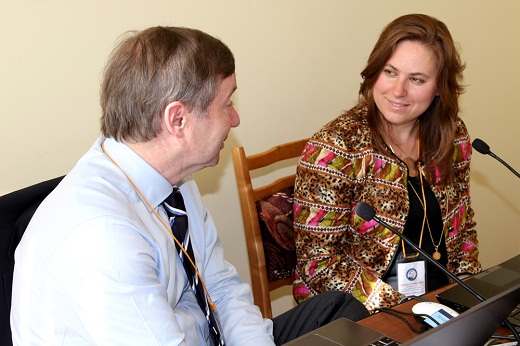 Judith Polgar commented the games in the last round