The second FIDE Grand Prix will take place from 11-22nd May at the Central Telegraph, the venue of 2016 Candidates Tournament, in Moscow, Russia.

The tournament will have 18 participants and the playing format will be 9-round Swiss. The prize fund is 150,000 EUR. Salem Saleh from UAE will replace the Hungarian GM Richard Rapport.

The two top players from the Grand Prix series will qualify for the next Candidates Tournament. The first event was held in Sharjah, UAE. 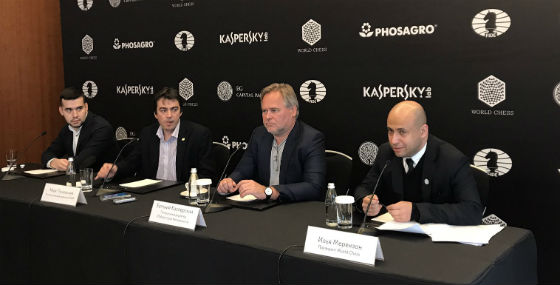