Having successfully organised numerous national and international events in the past, the national capital will now play host to the strongest ever chess event in the country – the Rs 12 lakh prize money AICF-AAI Cup.

The six-player double round-robin format category-18 tournament will be played at the Airport Authority Club here from December 20-30. All players, with an average rating of over 2675 ELO rating points, would play each other twice – once with white pieces and once with black.

“New Delhi has not witnessed such a big event since the World Championship preliminaries in 2000 and I am sure that chess lovers would throng to the Club to watch some of the best players in world in action” said Mr. V.P Agarwal, Chairman Airport Authority of India.

“AAI spends annually 4cr in promoting sports and supporting talents. This tournament is the maximum rated tournament and we are proud to be associated with it,” he added. 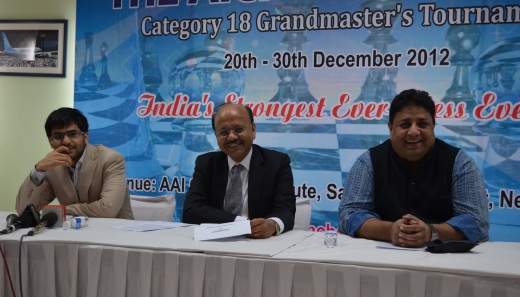 This is the second edition of the AICF-AAI Cup, which was a category-17 event last year. The tournament was won by Fabiano Caruana of Italy in its inaugural edition and the player has subsequently moved into the top-10 of the FIDE world ranking.

AICF secretary Bharat Singh Chauhan said, “the list of players for this tournament is the best line up India have ever seen and we are expecting very tough competition in the ten days of the tournament.”

This year’s star attraction of the tournament would be GM Radoslaw Wojtaszek of Poland, who is better known among Indian chess circle as one of the second of Viswanathan Anand in his two successful world championship campaign, said Mr Bharat Sing Chauhan, Secretary of the All India Chess Federation.

Wojtaszek is himself a top-50 player in the world and would be looking to add valuable rating points to his tally in New Delhi. Leading the charge of challengers against him would be GM Anton Korobov of Ukraine, who boasts of a 2700+ rating and Russia’s in-form player GM Evgeny Alekseev. 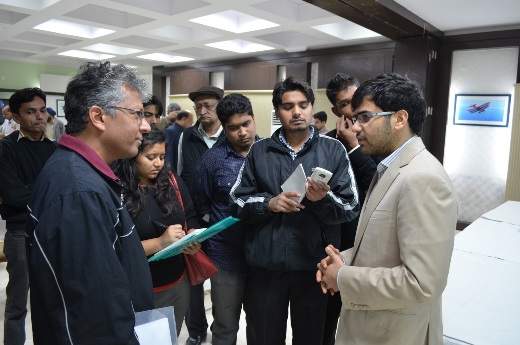 “It is a great achievement for Indian chess that an event of such a stature is happening in India. Personally I am thrilled to be part of the tournament and would do my best to keep the title in the country after the 10 rounds of competition,” said the local boy, Parimarjan Negi.

“I haven’t had great performances in the last few months starting with the Olympiad. For the amount of preparations that have gone into it, I haven’t played well. So this tournament would be the right opportunity for me to stage a comeback of sorts and get back to winning ways,” he added.