On November 9 in the Novotel Moscow City Hotel the 5th round of the International TASHIR Chess Tournament in Memory of Tigran Petrosian was played.

Alexander Grischuk gained another fine victory by outplaying Peter Leko. The opponents held their discussion in a sharp opening variation: White had left his king in a center and advanced with his g-pawn forcing active battle action. In order to neutralize the opponent’s threats Black sacrificed an exchange.

In a position with nonstandard material balance Leko had made an error that permitted White to approach with his forces right up to the black king. After white knight had joined the attack, the outcome was decided: Black’s position collapsed like the house of cards. 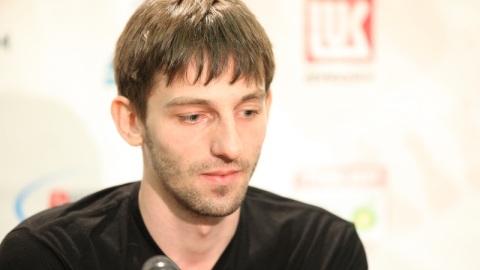 Boris Gelfand won his first game at the International TASHIR Chess Tournament in Memory of Tigran Petrosian. His “victim” was Alexander Morozevich. In the Slav Defence White had sacrificed a piece successfully and obtained strong connected passed pawns on the queenside for it. As a result, white infantry turned out to be stronger than the extra piece. Morozevich attempted to obtain counterplay on the kingside, but Boris parried his threats and gradually managed to convert his advantage into a win.

The game between Levon Aronian and Vladimir Kramnik ended in a draw. The Russian grandmaster played out a variation that had occurred in his practice more than once as Black – and managed to surprise the opponent with an opening novelty at that. Black equalized, and afterwards there followed a battle of maneuvers.

When each party had a queen and a rook left on the board, Black had made several inaccuracies after which he had to defend with only moves. Still Kramnik managed to neutralize all white threats, and the opponents agreed to a draw in the queen endgame.

Ernesto Inarkiev and Ding Liren also signed a peaceful agreement. White obtained a spatial advantage in the opening, but the Chinese player was very tenacious in his defence with Black. In the middlegame the Russian grandmaster acted a bit straightforwardly, after which the play leveled and a draw by repetition of moves followed.