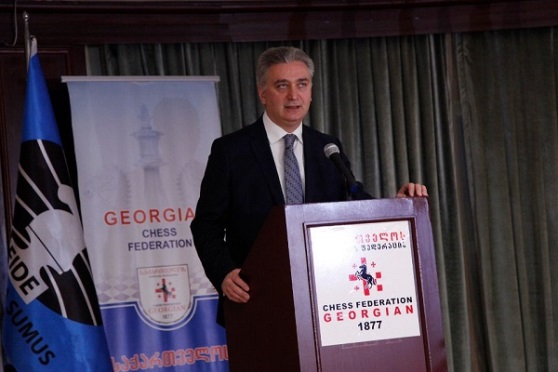 During the opening speech, the President of the Georgian Chess Federation Giorgi Giorgadze announced that the third stage of the Women’s Grand Prix is dedicated to former Women’s World Champion Nona Gaprindashvili, who will celebrate her 75th anniversary on the 3rd of May. 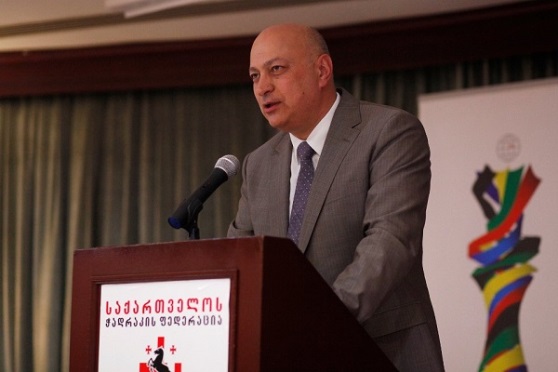 The President of ECU Zurab Azmaiparashvili on behalf of FIDE thanked the Georgian Chess Federation for the organization of the third stage of Women’s Grand Prix. “The Georgian Chess Federation is one the most active federations which always helps FIDE to organize the international chess events. It’s not surprising that we have Women’s Grand Prix tournament in Georgia as we have important traditions and it’s well known that the crown of the Women’s World Champions was held by Georgian players Nona Gaprindashvili and Maya Chiburdanidze for 29 years.” 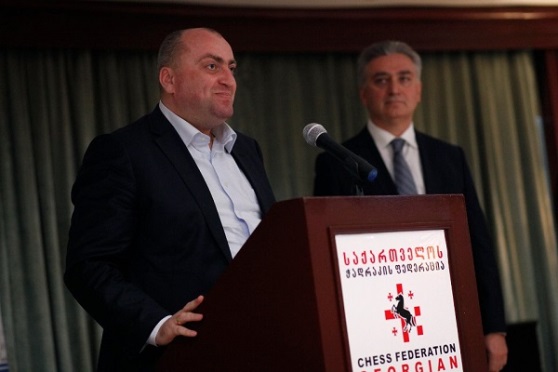 The Head of the Government of the Autonomous Republic of Adjara, Archil Khabadze welcomed the players in Batumi. The drawing of lots took place few hours earlier during the technical meeting. 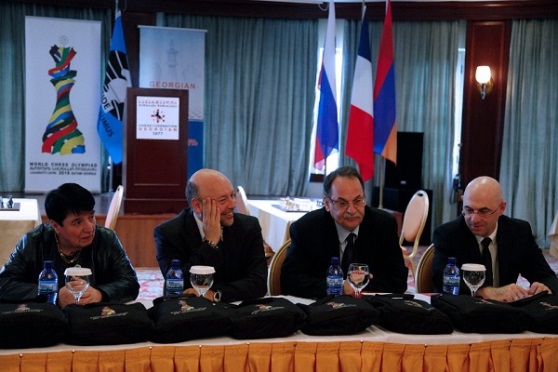 One by one, the players were collecting the gift bags, with starting numbers inside of them. The first rated player in GP in Batumi and former Women’s World Champion Maria Muzychuk has chosen the number 10 and will play against her sister Anna Muzychuk in the first round. 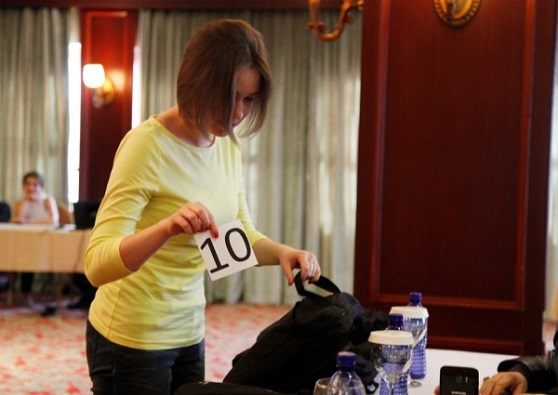 Photos from the opening ceremony and the technical meeting.

The Grand Prix is taking place in Tbilisi (Georgia) from the 19th of April until 2nd of May 2016. The organizer of the tournament is the Georgian Chess Federation. SOCAR Energy Georgia is the general sponsor of the event.

The games are taking place at the Intourist Palace Hotel in Batumi.