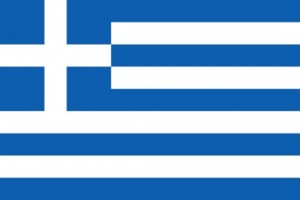 Greek Ministry of Education announced on 25th April that chess is included in compulsory program for the primary schools.

Having carefully considered the proposal, the Ministry concluded that the chess curriculum meets the counseling and teaching quality criteria and pedagogical suitability.

“It is a very important decision for chess and Greece. Many schools in Greece in different regions already have Chess in Schools programs and many chess trainers, clubs are working on this with a different way.

Now chess will be included in the official morning program of all primary schools in a so called flexible zone. On these hours students can choose among some lessons. Chess will be available and most important free for all, through teachers who will have a special training or through trainers licensed by the Greek Chess Federation.

A similar project I saw recently in a private school in Jerusalem where students choose the half of their daily program of lessons and chess is among them.

How we reached this decision? There were several attempts and proposals from different sides and some results in local level.

Based on FIDE Chess in Schools program, the Greek Chess Federation made a specific proposal to the Greek Ministry of education more than one year ago. Meetings and talks followed, we all know how slow are State procedures.

But the recent fantastic achievements from young students as Tsolakidou, Avramidou, Ioannidis boosted the procedure. The President of Greece Karolos Papoulias, and the Prime Minister Antonis Samaras where personally involved and asked the Ministry of Education to move in this direction.

So the results were impressive and now chess is officially part of the primary schools, of the national education. I am in position to know that in the coming months we will have more wonderful news for chess since we are ready to open all doors.”