GM Alexander Donchenko is а 17-years-old chess prodigy with Elo rating 2567. The young German Grandmaster has already taken a 2700’s scalp when he defeated Arkadij Naiditsch in May. The next target for him is to crush the 2600 barrier.

It may be the German super promise to do in 45th Rilton Cup Chess Festival, where he will make a very interesting starting this year.

– Rilton Cup organization has in all the years managed to capture aspiring superstars to his tournament, and with Alexander Donchenko we look to continue the fine tradition, says Ingemar Falk, chairman of Rilton committee.

Lennarth Eriksson, member of Rilton committee adds:
– Now we already have a thrilling top gang in this year Rilton Cup. The Champ (Hammer), The Challenger (Socko), The Veteran (Tiviakov) and The Newcomer (Donchenko). Now we hope that as many as possible of the Swedish grandmaster and our many young chess talents in Sweden comes to Rilton Cup December 27 to January 5 to challenge the Quartet.

Enjoy the brief interview with GM Alexander Donchenko and replay his game against GM Arkadij Naiditsch below! 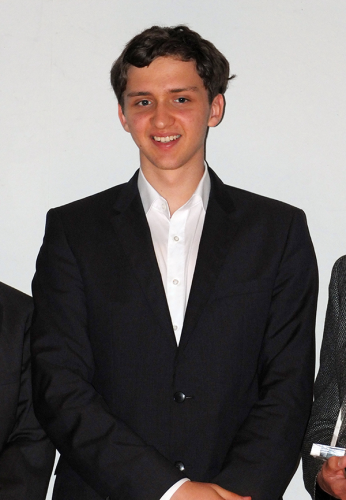 You are 17 years old, GM and ranked 6th in the world among youth under 18 years age. What is you main goal, both in the near future and in the long term?
AD: My next goal is to break the 2600 elo barrier because this would be the next big achievement after obtaining the title. As for my long-term plans, I would like the idea of becoming a professional player although it is difficult to foresee my development over a period of some years.

Will this be your first visit in Stockholm? And do you have any favourite swedish chess friends or players?
AD: Yes, it will be my first visit to Stockholm. In fact I only played against one Swedish player (as far as I can remember), namely Nils Grandelius, and I also know only one player personally, my teammate in Germany, Emanuel Berg, so I guess one of them must be my favourite Swedish
player.

You won against Arkadij Naiditsch in Top 12 in France in May. Is that your best result so far?
AD: Naiditsch was the highest rated player I could defeat (actually the only 2700+ player) but I do not think that I played my best game ever against him because of our mutual mistakes in the endgame. Of course it was still a nice achievement and part of a great tournament for me.

How would you characterize your playing style?
AD: I actually struggle to do that because the positions I get to play differ from tournament to tournament. For example in the TOP 12 I had some very sharp and calculating positions but in the tournaments before that I had many more positional, or sometimes outright boring, games. Therefore I think it depends on my mood during a tournament and also on my opponents.

In Rilton Cup you will meet many strong players like Jon Ludvig Hammer, Sergei Tiviakov and Bartosz Socko. What do you think of your chances?
AD: I believe that any open tournament involves at least some luck and thus I am convinced that as long as I play well myself, my chances are no worse than those of the ”likely” favourites. Moreover I would like to get a rematch against Tiviakov for a game I lost to him when I was 13 :).

41st Rilton Cup – Round Six
The Stockholm Chess Federation organizes the 41st Rilton Cup from 27th December 2011 to 5th January 2012. This year’s tournament, with a prize fund of ...

GM S.P. Sethuraman joins Hasselbacken Chess Open 2016
Stockholms Schacksällskap, one of the world’s oldest chess clubs, celebrates its 150 years jubilee with a grand tournament at the venerable Scandic Hotel Hasselbacken**** in the heart of ...