Another day filled with first class chess was seen in Moscow. The players sharpened their weapons to face each other and offered a great session filled with memorable moments. Some of them left the playing hall satisfied, while some will have trouble to get a good night sleep after their games.

Two games were decisive in this round, and in both cases, the black pieces took over their white counterparts. Boris Gelfand got in the fight for first place with his victory, while Hikaru Nakamura bounced back from his early loss and now has an even score. Hikaru’s victim was Vladimir Kramnik, who arrived as one of the favorites to take first place, but now is the only player with zero points in the field.

The first game to finish was the draw between young GM Dmitry Andreikin and world champion Viswanathan Anand. The Russian, playing white, got the initiative in the opening and forced the Indian to show his well-known defensive abilities in order to get the draw. The players discussed some interesting variations in the post-game press conference, concludin that black always had enough resources to avoid losing. 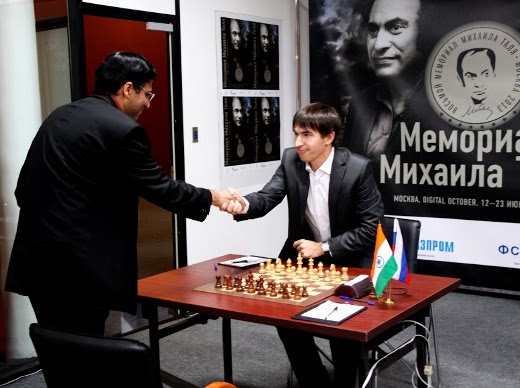 The next grandmaster to show up at the commentary room was Israeli Boris Gelfand. The veteran used the deep preparation he accumulated for his world championship match and proved his tactical strength to defeat one of the early leaders, Fabiano Caruana.

A sharp Sicilian was seen on the board. Both gladiators decided to throw their pawns at the enemy’s king. Already on move 18, Gelfand’s black rook had infiltrated on a2, while his king was also a little unprotected on the other flank. After a complicated middlegame, Caruana missed the tactical shot 32…Ne2 and Gelfand was left with a winning advantage. The Israeli managed not to spoil it in the time trouble and took home his first full point. 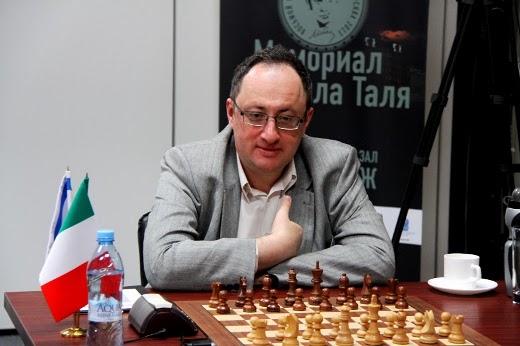 The most disappointed player with his start must be Vladimir Kramnik. After showing an amazing level at the Candidates in March, he had a regular performance at the Alekhine Memorial and now, in Moscow, he has started with the wrong foot. Today, he fell his second straight game, this time against Hikaru Nakamura.

The game followed the patterns of the King’s Indian Defense. Kramink, playing white, got a big initiative after the opening, and it seemed like he would show, once again, that he dominates this setup – just as he did more than 10 years ago when Garry Kasparov was still active. Nakamura never gave up and looked for counterplay. Kramnik could not increase the tension and was left a pawn down before the time control. The American converted his advantage convincingly in 59 moves. 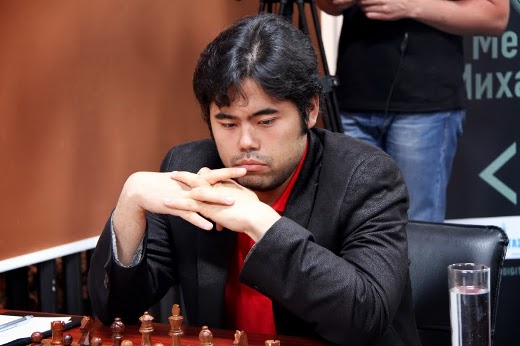 Magnus Carlsen kept his place among the leaders after holding Sergey Karjakin to a draw with the Berlin Wall. Morozevich and Mamedyarov fought in a very interesting Caro-Kann, but ended up splitting the point in 49 moves.

Tomorrow’s round has two games that might be very exciting, besides the fact that all games are of great interest in this tournament. Young prodigies Carlsen and Caruana will be facing each other, while the unpredictable Nakamura will be battling against Karjakin, who has been showing great results lately.

The playing hall during the second round