The lead pack has been narrowed down to three after four gruelling rounds, even as English Grandmaster (GM) David Howell, the highest-ranked player, continued to stamp his class in the  17th Dubai Open Chess Tournament – Sheikh Rashid Bin Hamdan Bin Rashid Al Maktoum Cup Thursday night at the Dubai Chess and Culture Club.

In a game that saw both players leaving their king in the centre, Howell showcased his mastery in handling the white side of the Slav Defence’s Chebanenko variation, beating Russia’s GM Sergey Volkov in 28 moves. Volkov deviated from an old game he played in 1999, but Howell was well-prepared to meet the Russian’s new move, quickly building a kingside space advantage as Volkov’s position eventually collapsed shortly after Howell’s powerful rook invaded black’s seventh rank.

Also with four points is Ukraine’s GM Yuri Solodovnichenko, who benefited from a major slipup by Azerbaijan’s GM Gadir Guseinov in an otherwise drawn endgame to pick up the full point.

The rest of the matches between the third-round co-leaders ended in a draw, including Russian second-seed GM Vladimir Fedoseev’s game against Turkey’s GM Dragan Solak. Both players trail the leaders half a point behind along with GM Gabor Papp of Hungary, GM Sergei Zhigalko of Belarus, GM Andrei Istratescu of France, GM Mikheil Mchedlishvili of Georgia, GM Alexander Shabalov of the US, GM Alexander Ipatov of Turkey and GM Igor Kovalenko of Latvia.

Grandelius and Fedoseev will have the white pieces against Howell and Solodovnichenko, respectively, in the fifth round – the first of two games to be played on Saturday. Round five will start at 10 am, while round six will start at 5:30 pm. Friday is a free day during which a blitz chess tournament has been organised with a total cash purse of US$4,000.

Saleh Nabil missed a chance to become the top scorer among Arab players after he dropped his game against Indian GM Arun Prasad to stay at two points.

Egypt’s International Master (IM) Mohamed Ezat remains the top Arab in the tournament with 2.5 points despite a loss to Ukraine’s GM Yuriy Kuzubov.

The Dubai Open Chess Championship – Sheikh Rashid Bin Hamdan Al Maktoum Cup offers a total cash purse of US$50,000 to the winners, with US$12,000 going to the champion. 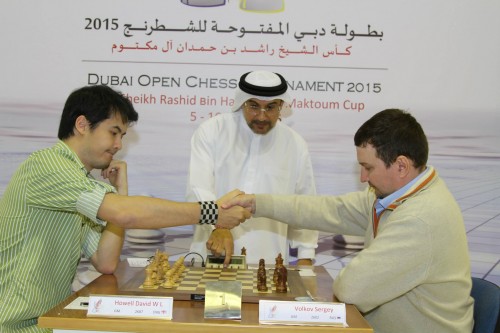 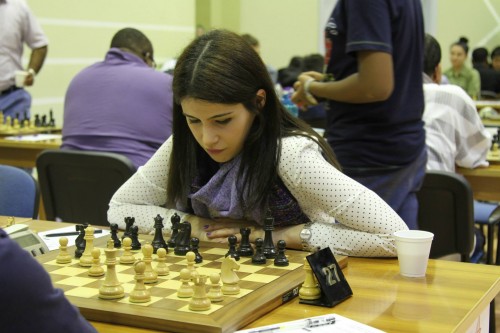 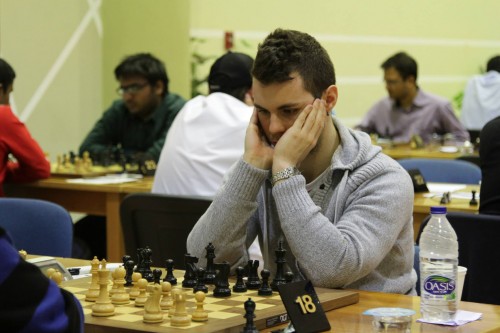 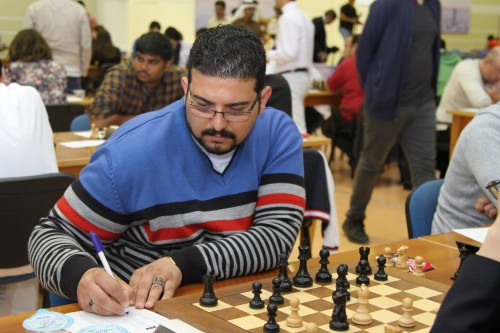 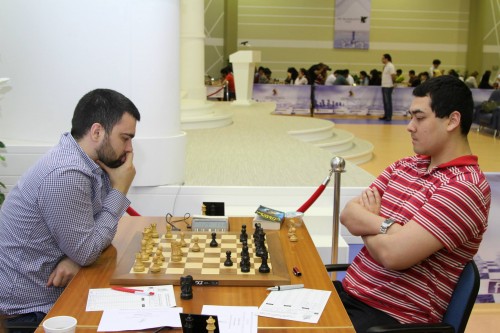 Although GM Igor Kovalenko was injured from the morning soccer match, he managed to win the game against Alexander Fier 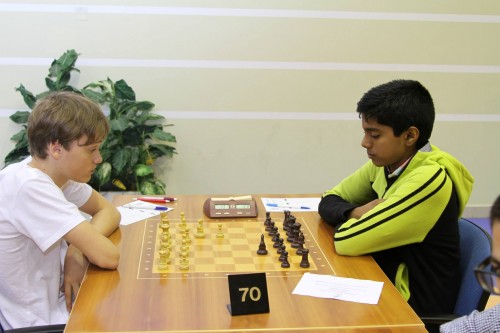 A challenge of the future generation, Berglind Axel (Sweden) vs. Aswin Sreekumar (India)