LIVE Games with analysis/ Round 1 Report

Second-seed GM Vladimir Fedoseev of Russia likewise scored a second win at the expense of Egyptian IM Imed Abdelnabbi. GM Igor Kovalenko of Latvia and GM Tigran L. Petrosian of Armenia, the third and fourth seeds, were however held to a draw by IM Amirreza Pourramezanali of Iran and IM Manuel Petrosyan of Armenia, respectively.

There were no big upsets as seen in the first round, but teenage Fide Master (FM) Nail Bashirli of Turkish created a stir when he built a winning advantage against GM Alexander Shabalov only to allow the American player to escape with a draw. Woman Grandmaster Nino Maisuradze, ranked 74th, on the other hand, won over GM 33rd seed GM Arun Prasad of India.

The heroes of the first round failed to maintain their momentum as the host club’s FM Saeed Ishaq, who earlier felled ninth-seed GM Eltaj Sarli of Azerbaijan, dropped his match against Iran’s GM Pouya Idani, while Abdullah Al Hamed, the 137th-ranked Emirati player who surprised Azerbaijan WGM Gunay Mammadzada in the first round, lost to Armenia’s GM Hovik Hayrapetyan.
India’s Mokal Amruta Sunil, winner over Italian GM Daniele Vocaturo, conceded a loss to Azerbaijan’s IM Zaur Mammadov, while the Philippines’ Jobannie C. Tabada, who upset fifth-seed Yuriy Kuzubov of Azerbaijan in round one, lost to India’s IM Murali Karthikeyan. 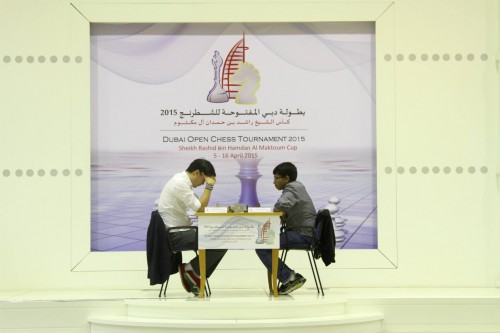 Top seed GM David Howell and full concentration over the board 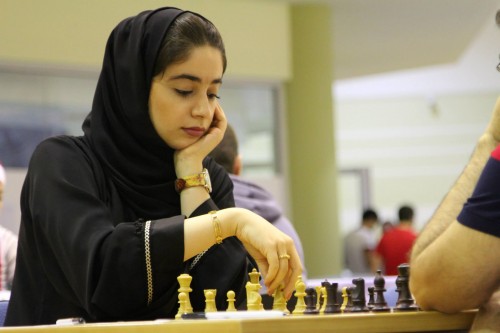 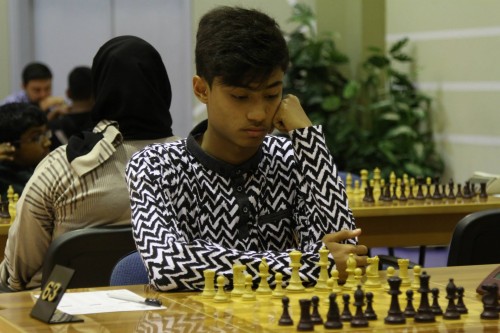 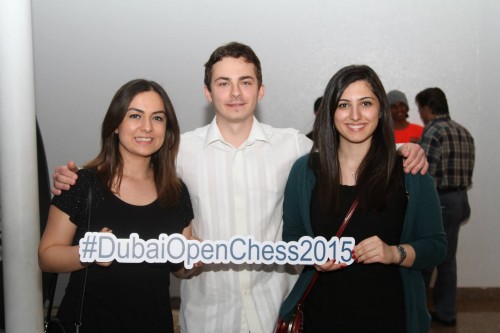 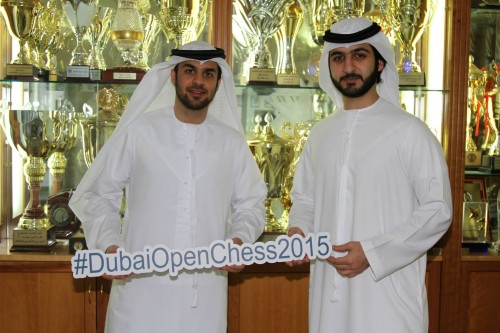