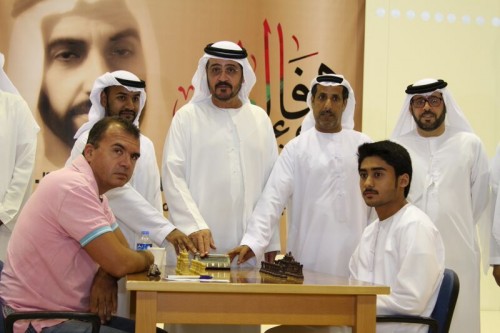 Dubai, UAE – The favorites had an easy workout during Sunday’s opening night of the 12th Allegiance to Zayed Chess Tournament, winning all their games in the first two rounds to maintain a hold of the leadership at the Sheikh Saeed Bin Hamdan Bin Rashid hall of the Dubai Chess and Culture Club. Top-seed GM Ivan Sokolov from the Netherlands and the UAE’s second-seed GM Salem A.R. Saleh led the fancied players’ onslaught with victories over Emirati Mahmoud Ahmed and the Philippines Richard Perez respectively for their second consecutive wins.

The second round, however, also saw a minor upset when ninth-seed IM Mehrshad Sharif of France was held to a draw by 56th-seed Nader Nowroozian of Iran. Sharif dropped to 1.5 points to lead seven others at the second rung of the standings.

Ibrahim Al Bannai, chairman of Dubai Chess Club and Arab Chess Federation executed the ceremonial first move on the first-board match between Sokolov and India’s Arun Varun to mark the start of the tournament.

Mohammed Al Husseini, Executive Director of the club, said the tournament has been organized for the past 12 years with the strong support of the government and various institutions, including the UAE Chess Federation. He said the tournament is being organized in honor of the late Sheikh Zayed Bin Sultan Al Nahyan, Founding President of the UAE, and serves as an important avenue to promote chess and develop the skills of the UAE’s young players.

He said a last-minute rush of entries raised the number of participants to 166 players from 23 countries, including six grandmasters and two international masters. Poet Mohammed Rifai also attended the opening ceremony and delivered a poem about the accomplishments of Sheikh Zayed.

The nine-round Swiss system tournament will run until June 25 with two games on each playing date from 10.30pm. Each player is allotted 15 minutes plus a three-second increment per move to complete a game. International Arbiter (IA) Saeed Yousuf Shakari is the tournament director, while IA Mahdi Abdulrahim is the chief arbiter.

The tournament champion will receive the Allegiance to Zayed Chess Tournament Cup and Dh3,000, while the rest of the top ten will also receive cash prizes. There are also special men’s and ladies’ awards for the top UAE players and top players from Dubai. 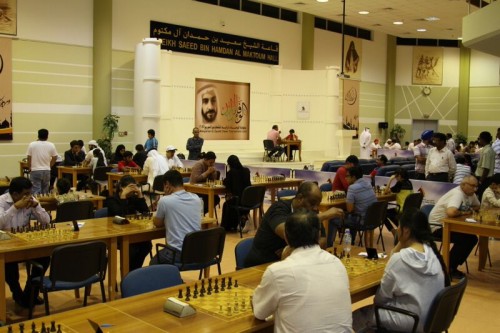 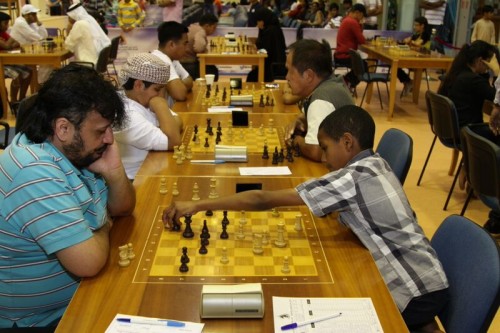