The tournament director Stuart Conquest tweeted about the issue with transit visa: “Ju Wenjun was allowed to travel to Gibraltar via London without UK transit visa. Now she cannot leave without one!”

Conquest said that he and Gibraltar authorities are doing everything possible to help the young girl but are met with the usual bureaucracy. Apparently the passport must be sent to UK and back, for 3-4 hour plane change in Heathrow.

“Chinese Embassy in London is being advised. Since UK Border Agency knew of problem, and allowed her to travel, it’s unfair to insist she obtains visa now.”, Conquest added.

We hope that Ju Wenjun will arrive home quickly and safely.

Update, 6th February: Stuart Conquest wrote on Twitter that Ju is on her way to China – “Ju Wenjun is flying home! Now en route to Heathrow, with later flight to Hong Kong, then connecting to Shanghai. Thanks to all who helped!”

GBC (Gibraltar) television sent a camera-man. Ju was filmed checking in and gave a quick interview. She is a local celebrity here in Gibraltar. 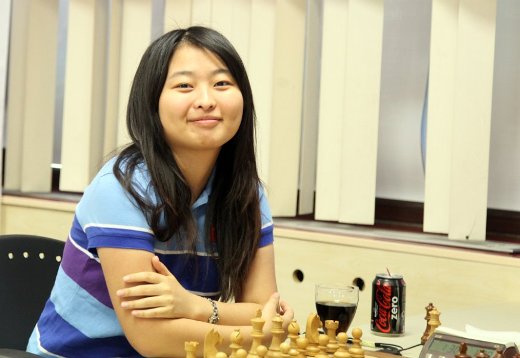