Judit Polgar is visiting Belgrade for the first time as a special guest of the Belgrade Book Fair.

Meeting at the Serbian Government headquarters

During the meeting, Polgar informed Vucic about the initiative to introduce chess as an optional course in Hungarian schools, voicing her pleasure at the fact that several other European states have also accepted this initiative.

Polgar won the grandmaster title in 1991, when she was only 15 years old, thus breaking Bobby Fischer’s record of being the youngest chess grandmaster.

Minister of Youth and Sport Alisa Maric, another famous chess grandmaster, also played a game of chess with Polgar and Vucic. 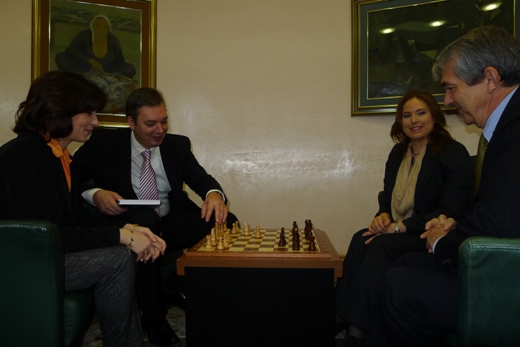 Aleksandar Vucic and Judit Polgar playing a game of chess

The greatest female chess player in history, Polgar presented Vucic with her book “How I beat Fischer’s record”, reads a statement by the First Deputy Prime Minister’s office. 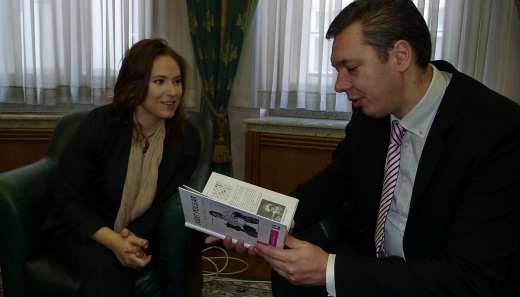 Judit Polgar presents her book "How I beat Fischer’s record"