The 2nd stage of the Grand-Prix 2012 of the French Chess Federation took place on 28-29th April at the building of “Grand Nancy” in Nancy.

The qualifying event, International Rapid Open, was played on Saturday, 28th April, as a 9-round Swiss with the time control of 15 minutes (+3 seconds per move) per player.

194 players from 14 countries took part in the event, among them being 19 Grandmasters, including the eight top French players, German number one Arkadij Naiditsch and the legendary Ulf Andersson. 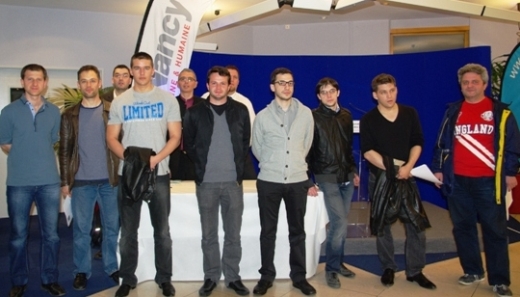 Eight qualifiers for the Final knockout

Local player Christian Bauer (French number 4) entered the Final with a special invitation from the organizers.

The Final Matches “Cup System” were played on Sunday, 29th April. Each match consisted of two rapid games 15min+3 sec per player, and in case of a tie additional two blitz games 3min+2sec would be played. 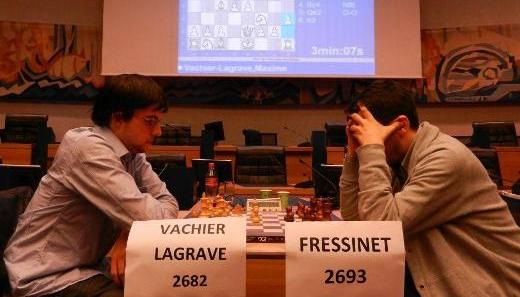 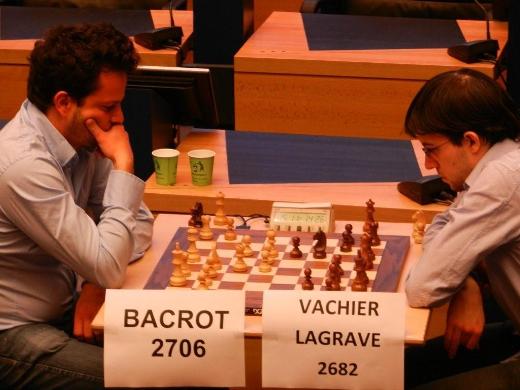 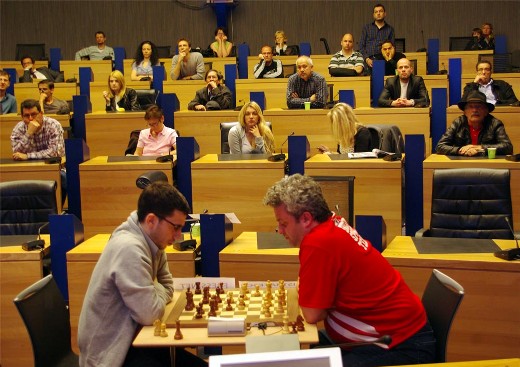 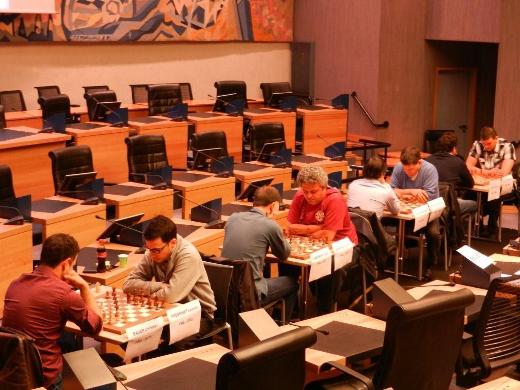 The playing hall at Grand Nancy