The 7th round of the Cappelle La Grande Open was played today. The ten players that arrived as leaders faced each other. Sergey Fedorchuk and Alexei Fedorov won their games rather quickly, and Sanan Sjugirov joined them later at the top.

The game was of a very positional nature, with both sides keeping healthy pawn structures and exchanging the minor pieces early in the game. Eventually, Fedorchuk managed to get an extra pawn thanks to his active rook. The Ukrainian simplified to a queen’s endgame with a passed pawn on the a-file. Hansen resigned on move 38. 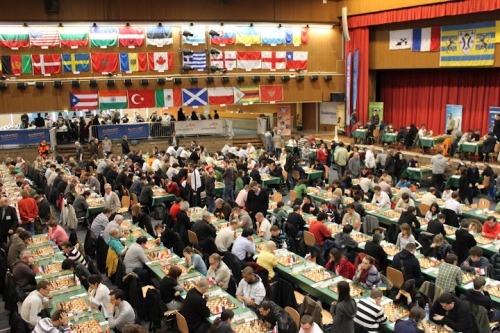 Hansen commented: “Opponent avoided all my preparation with a simple but clever move order. Really have to patch up those opening holes.”

Fedorov played the slow Giuoco Piano variation and did not force matters at all. He simplified the position and overtook the young Polish in a pawn endgame thanks to his active king. 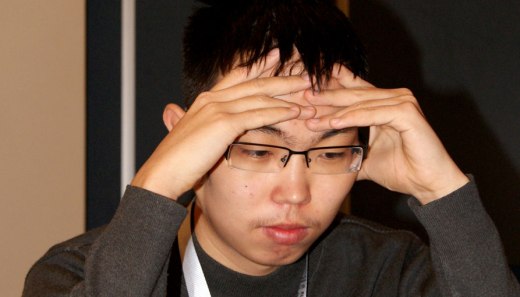 Vasquez played the Slav defense and took white’s c4 pawn early in the game. The young Russian played patiently and waited for the right moment to strike back. Black’s bad light-squared bishop remained passive on e8 giving Sjugirov the chance to activate his pieces in the center. Sanan won a pawn and converted his advantage without much trouble.