The Chinese first lady was delighted to be presented with the new book by Hans Bohm & Yochanan Afek “Wij Presenteren De Koningin” that compiles the most stunning queen moves ever played and composed and their stories.

She showed a special interest in the unique history of the game’s strongest piece which had been pretty much new to her.

The book was very well received by the large public visiting the village throughout the super tournament. It’s the fifth volume on the pieces published by de Fontein Tirion, a young brother to “De Pion” (2010) “De Toren” (2011), “Het Paard” (2012) and “De Lopper”(2013).

The last volume “De Koning” is expected at the end of this year. 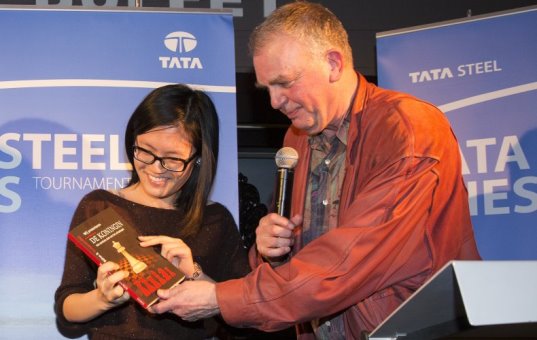