The third round of the Reykjavik Open started with some interesting pairings. The ratings differences were still big, but the lower rated players were really looking for their chance to get a GM scalp.

The fact that two rounds were played on the same day increased the probability of upsets taking place. Even the strongest Grandmasters of the world get tired and may commit blunders under the pressure.

David Navara, who arrived to Iceland as the third seed, drew another game against a weaker opponent. This time it was Icelandic GM Fridrik Olafsson who held the strong Czech Grandmaster.

Furthermore, it was Olafsson the one who could have kept playing for a win in the final position. Navara will need to show top class in the next rounds because he cannot keep giving points away if he wants to win the event.

Another strong player who got in trouble was GM Ivan Sokolov. The experienced Dutch decided to take a bye on today’s morning round, probably to save some energy. However, he fell into a difficult defensive position against American FM Adarsh Yarakumar, who grabbed strong activity with his pieces and took the full point. 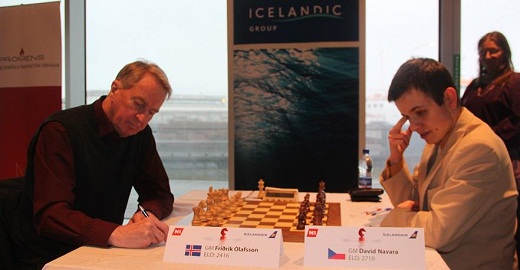 The direct clashes between candidates to take the top prizes start tomorrow. GM Bartosz Socko faces GM Anish Giri on the first board; GM Maxime Vachier-Lagrave will have the white pieces against GM Erwin L’Ami; and Bulgarian GM Ivan Cheparinov will play against GM Vladimir Baklan. 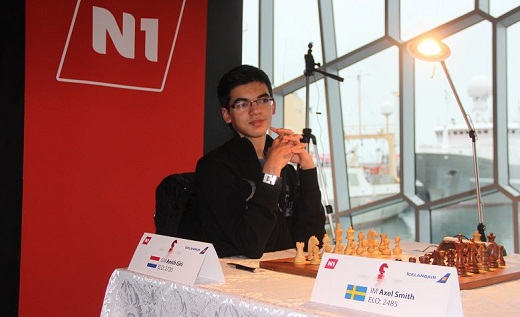