It was a day of shocks for the foreign Grandmasters in action at the Chetana College where the fourth round of the Mumbai Mayor’s Cup-International Chess tournament conducted by the Venus Chess Academy and co-sponsored by LIC of India was played.

Top seed GM Aleksej Alexandrov of Belarus was all but lost against Praveen Kumar but the youngster failed to get his act together and allowed him to wriggle out with a draw. 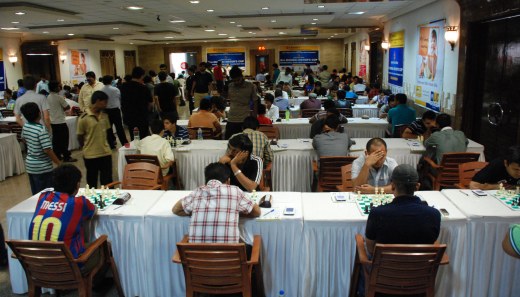 17 players follow half a point behind and Sunday promises to dish out exciting fare with two rounds scheduled.

On the top board, Alexandrov enjoyed an edge in the Catalan opening but the Belorussian was strangely erratic in the middle-game and allowed a clear cut edge to Praveen Kumar. Alexandrov’s King was pulled out of his sheltered castle and his opponent’s queen and rook threatened to catch the King in a checkmating net. 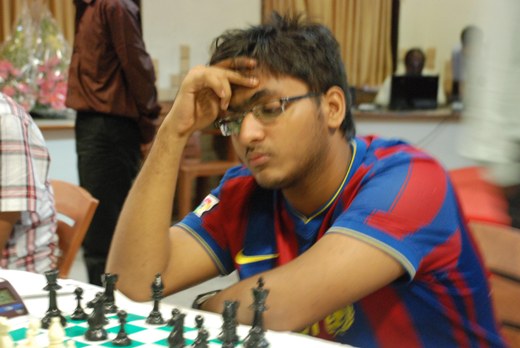 In a Modern Defence game Purushothaman needed 51 moves to defeat Mark Paragua while the encounter between C Natarajan and Podolchenko lasted 35 moves of a Trompowsky Opening.

Earlier in the third round played on Friday evening the top seeded players sailed through with neat and convincing victories. The only noteworthy flutter was caused by 13-year-old Jinshi Bai who held GM Czebe Attila.