Charudatta is a key protagonist of the documentary on young blind chess players of India. Viswanathan Anand’s moves were made by Sai Krishna who also features in Algorithms. 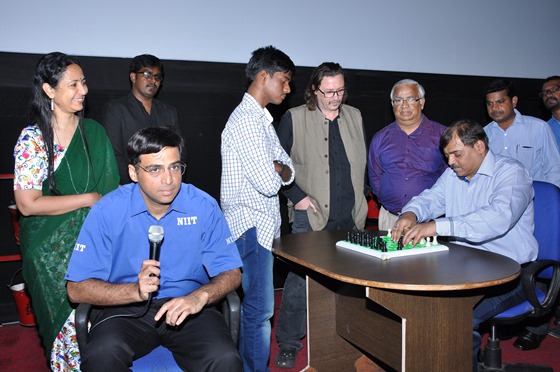 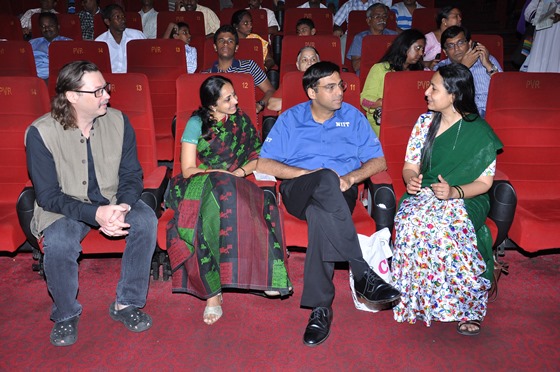 “I congratulate Ian and Geetha on a great movie. Algorithms shows how chess is accessible to the blind and the passion they have for the game. It is also a very poignant film which everyone can relate to, the emotions are universal.”, said Viswanathan Anand in his inaugural address.

Charudatta stated that this moment was a dream come true for him, as he had always wanted to play with Anand. He was also full of praise for the dedication and commitment of filmmaker Ian McDonald saying, “He traveled everywhere including rural areas with us for three years. He has made an amazing observational documentary on blind chess players.” 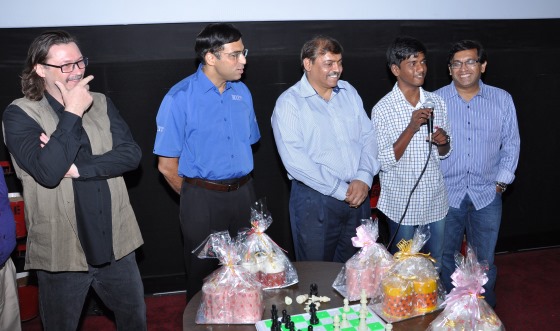 For Ian McDonald, this was an emotional moment as he brought his multi-award winning film that had screened in international film festivals around the world, back to a blind and visually impaired audience in Chennai. “It is an honor to have Anand launch our release here in Chennai, his home town and the Mecca of Chess.”

Geetha J, the producer of Algorithms welcomed the gathering and P Chandrasekhar of the National Association for the Blind delivered the vote of thanks. 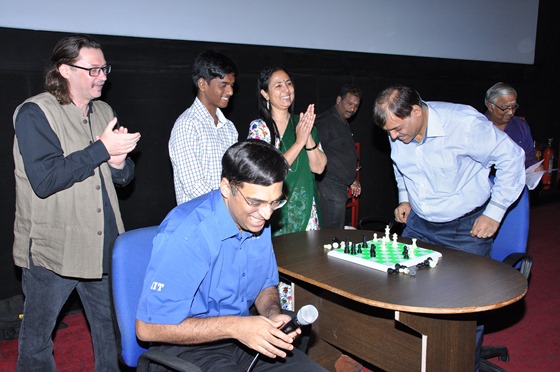 The inauguration was followed by a screening of Algorithms with audio description to a full house of blind and visually impaired audience.