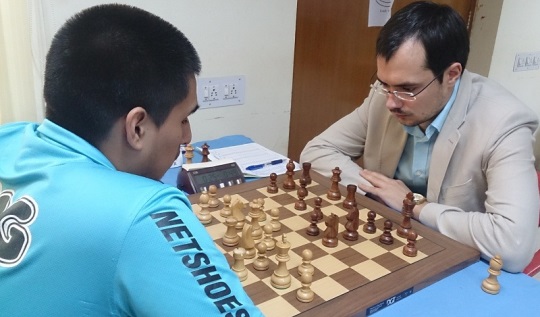 Needing a draw for a Grandmaster Norm, Ramnath Bhuvanesh, got just that, in the nick of the time. For, the second board Trompovsky game went to the wire, when both the players were down to last three minutes. But, Ramnath held his nerve pushing Swapnil to repeat the moves, splitting the point after 33 moves. Ramnath adds this second GM Norm to the first one he achieved in Abu Dhabi last year. 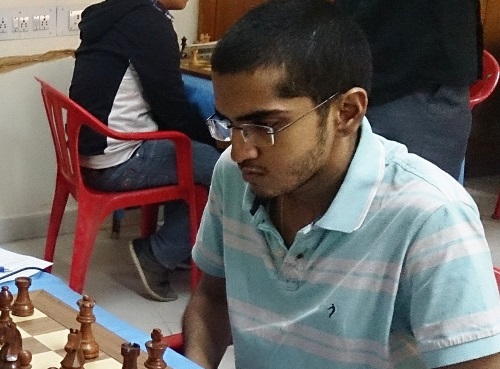 Swapnil also made his fourth GM Norm, adding to the one’s he made in Chennai Open two years ago, along with the GM Norms from National Premier Championship and Rose Valley GM tournament, both at Calcutta.

Chennai lad Ravichandran Siddarth improved his GM Norm chances scoring over GM Deepan Chakkravarthy, moving on to 7.0 points. A win in the final round against Ramnath Bhuvanesh, would fetch Siddharth his second GM Norm.

Category “A” – Main Results Round 9 (Indians unless specified) :