Georgian Club Chess Championship 2014 was held from 26th September to 4th October 2014 in Ureki, a town in Georgia situated on the Black Sea coast.

The event was a 7-round Team Championship, played in a round-robin format.

Second place was shared by Chess Club “Rustavi” and Chess Club “Kakheti” on 10 points, but “Rustavi” took the silver on superior tie-break score. You can see the full standings below. 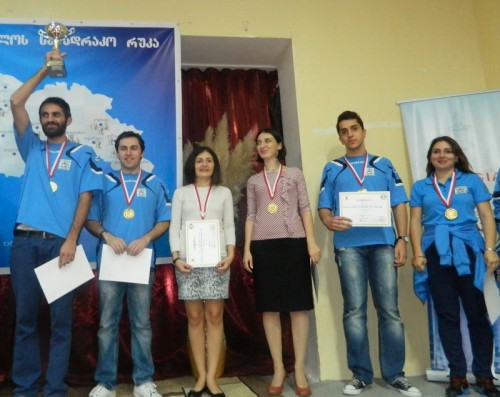