ECF participants included Chief Executive Phil Ehr, FIDE Delegate Malcolm Pein and ECF Council Member Sainbayar Tserendorj, who attended by virtue of his longstanding personal relationship with Kirsan Ilyumzhinov and his service as Secretary of FIDE’s Chess in Schools Commission. Mr Filatov was in London to open his Art Russe exhibit at the Saatchi Gallery.

Mutual congratulations were exchanged between Mr Lawson and Mr Ilyumzhinov on success in their respective presidential elections. Frank discussions about the 2014 FIDE election took place in a spirit of cooperation for the shared interest to develop chess. 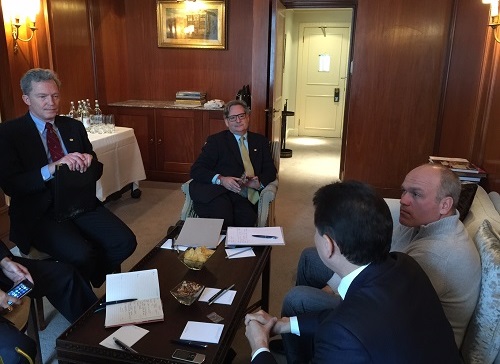 During the stay in London FIDE President Kirsan Ilyumzhinov also visited the editorial office of the Guinness World Records, Russian Embassy in the UK, and representative office of Rossotrudnichestvo where the chess circle was opened.

Ilyumzhinov also met with Michael Basman, founder of UK Chess Challenge, which includes 55000 junior chess players from over 1500 schools in the UK. 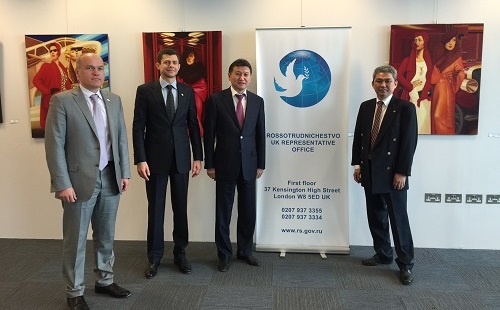