Eventually everything turned out exactly the way it was supposed to. Top seed GM Roland Salvador, from Philippines, won “Expo Milan Chess Move 2015”, hosted in Milan 20th to 28th June, during Expo, the world biggest event about food and nutrition.

Salvador had a soft start with a loss to 17 y. o. Aleksandra Dadello, from Poland, but he finished the “International” tournament with 7,5 points out of 9, leaving Russian Timur Radionov (16 y. o.) one point behind, while Italian Matteo Zoldan and Aleksandra Dadello shared third place with 6 points.

Nicola-Alexandru Mircov, from Romania, was the real surprise of the whole chess festival. Mircov, who was 12th on the starting list in the “national” group, emerged as the clear winner of the tournament with 6,5 point out of 7, leaving top seed Nicola D’Alfonso (from Milan) and Heorhiy Mintenko (Hungary) one and a half point behind. 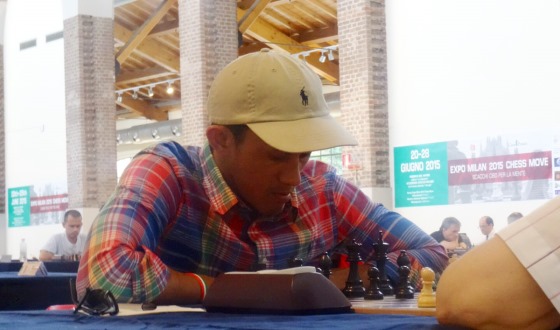 No surprises from “regional” group, where top seeds Riccardo Cavalieri (16 y. o.) and Giancarlo Aloe placed 1st and 2nd with 6,5 and 5 points out of 7 respectively, while Sergio Alessandro from Varese got third place with 4,5 points.

48 players took part in the festival, but “Expo Milan Chess Move” recorded globally 240 players considering the regional stage for U16 Italian team championship (played on Sunday the 21st), blitz marathon and U14 semi blitz tournament (which took place on Saturday the 27th).

As already announced, regional stage of U16 Italian team championship was won by a team from Accademia Scacchi Milano, that is among the organizers, together with Asd Chess Projects. 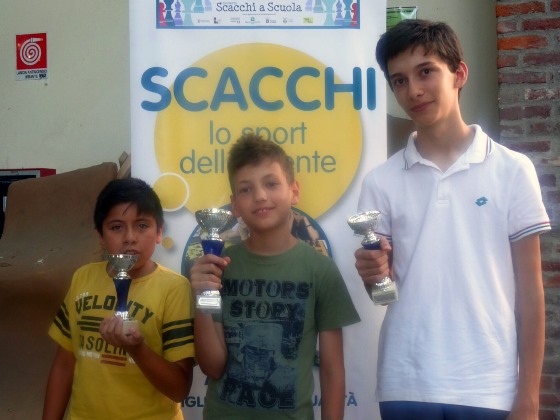 IM Vojtech Plat, 21, from Czech Republic won the blitz marathon, which lasted from the first morning to evening. Plat won with a perfect 32 out of 32 (!), followed by FM Luca Moroni, 15, who scored a good 28/32 and by Serbian GM Miroljub Lazic, who placed third with 26; FM Franco Misiano from Milan performed well too and place 4th with 24 points.

Together with the marathon in the afternoon the Steam Factory hosted the U14 semi blitz tournament, which was a stage for Challenge Italia Giovani: Leo Titze from Milan emerged as the clear winner with a perfect 6/6, followed by Alessandro Soler (2nd) and Michelangelo Astudillo (3rd). 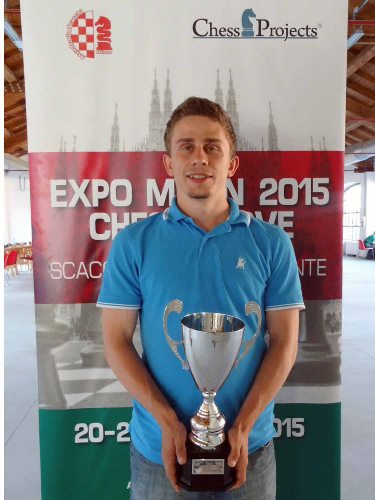 In the afternoon a lot of amateurs enjoyed a cultural pause thanks to the presentation of the book “Pessima mossa, maestro Petrosi” (“Bad move, master Petrosi”), published by Sperling and Kupfer and newly released (both in paper and e-book version).

Author Paolo Fiorelli, who is a journalist and a chess amateur, talked about his first effort to a crowded room, answered questions and signed copies of his novel, which is a thriller taking place in the chess world.

The hero of the novel is GM Achille Petrosi, who decides to find out the truth about the death of his strongest rival, murdered just before their decisive head to head. Investigations will lead Petrosi to Cannes… the solution will be surprisingly and paradoxical. 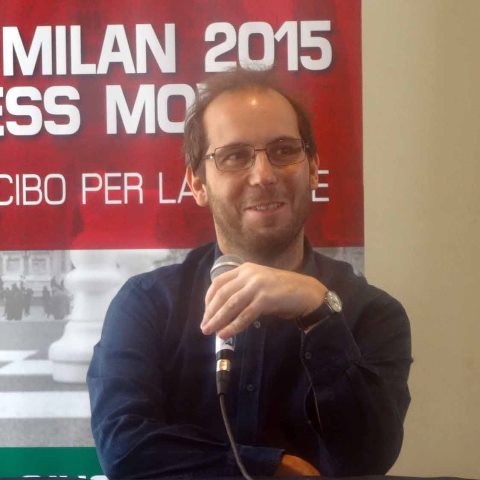