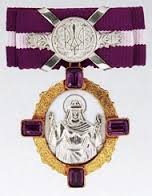 The President of Ukraine Petro Poroshenko has awarded Natalia Zhukova with the state Order of Princess Olga II for her high achievements in the sport of chess and her European Women Chess Title in 2015. Zhukova was awarded with a Presidential decree №18/2016

Replay the games of Natalia Zhukova from the EWICC 2015

Last year Poroshenko awarded the World Champion Mariya Muzychuk with Order of Merit. During that meeting, Muzychuk family proposed Ukraine and Lviv to submit a bid for holding the match against Hou Yifan from China, which now is a fact and will start 8th of March in Lviv.

Her rating in the January rating list is 2484 ELO 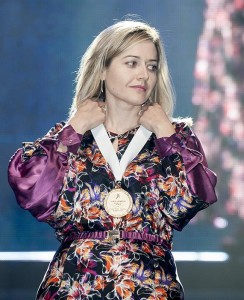