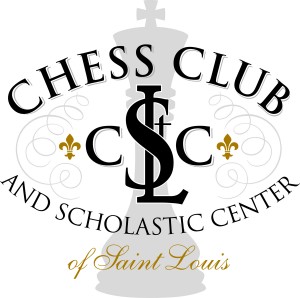 The 2014 Sinquefield Cup will be the highest-rated tournament in the history of chess, bringing six of the world’s top-nine Grandmasters together at the Chess Club and Scholastic Center of Saint Louis.

Last year, the inaugural super-tournament thrilled spectators as the strongest chess competition ever held on U.S. soil. For its 2014 encore, beginning August 27 to September 7, the tournament will be the strongest ever held on earth, its six players averaging a historical peak FIDE rating of 2802.

World Champion Magnus Carlsen (2877), winner of the 2013 Sinquefield Cup, will return to defend his title against an expanded field. This year’s prestigious event will award $100,000 to its winner, part of a $315,000 total prize fund.

Returning with Carlsen is Armenia’s Levon Aronian (2805) and the United States’ Hikaru Nakamura (2787), respectively the World’s No. 2 and No. 5 players.

The 2014 Sinquefield Cup will be a six-player, double round-robin tournament, and will be followed by a bonus event titled “Ultimate Moves” to be held through Tuesday, September 9. Ultimate Moves will feature eight teams made up of a GM and an amateur player, where teammates alternate moves. Other special events for spectators are planned, and more details will be released through www.USChessChamps.com.

Live spectators will have two additional options of GM-led commentary, both at the World Chess Hall of Fame and Lester’s Restaurant on the Central West End chess campus. A free autograph session with the players will also be held before the tournament on Tuesday, August 26 at noon.

As a special compliment to the Sinquefield Cup, the WCHOF is presenting a brand-new exhibit titled A Memorable Life: A Glimpse into the Complex Mind of Bobby Fischer, featuring a rare collection of items that celebrate one of the best American chess players in history, and one of the best chess players ever.

Tickets to the 2014 Sinquefield Cup start at $15 per round, but discounted ticket packages are available at $65 for five rounds or $100 for all ten rounds of the event. For more information on the event, including the full schedule, ticket information and lodging details, visit www.USChessChamps.com.