Grandmaster Teimour Radjabov had the honour to be one of the torchbearers for the 1st European Games that are set to take place 12-28th June in Baku, Azerbaijan.

The Baku 2015 European Games will be the inaugural edition of the European Games, an international multi-sport event for athletes representing the National Olympic Committees (NOCs) of Europe.

There was an expectation that chess might be added as a sport for the European Games, having in mind the huge investment in the 2015 World Chess Cup and 2016 Baku Chess Olympiad, but last year the BEGOC denied such possibility. 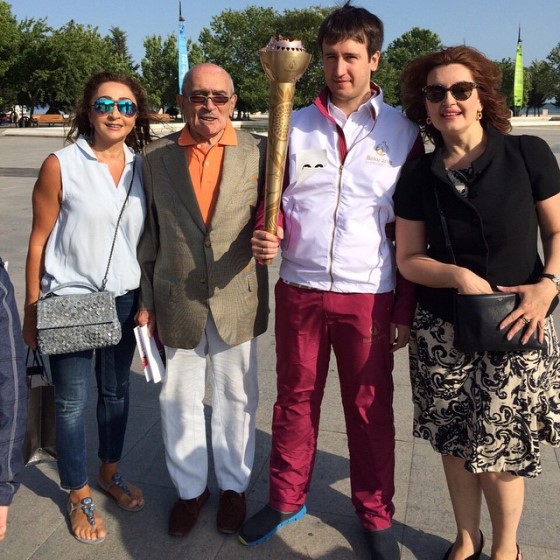