In the ninth round of  the WWTC, Ukraine made a draw in the match against Russia – all the games finished peacefully. After six rounds, the Ukrainian team climbed up to the top of the table and confidently maintained the lead until the end. China outplayed India with a 2,5-1,5 score. Ju Wenjun defeated Eesha Karavade, while the rest of the games finished in draws. 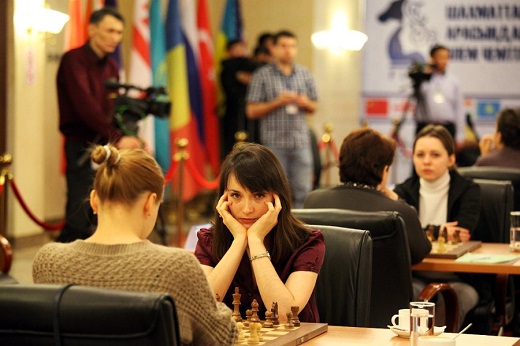 The tough match Kazakhstan versus Georgia finished in favor of the rating favorites. Nana Dzagnidze outplayed Guliskhan Nakhbaeva, but Abdumalik Zansaya defeated Nino Khurtsidze and equalized the score. This time the youngest player in the tournament Zansaya sacrificed her rook at the right moment and did not let her opponent escape. Nevertheless, the Georgian player Lela Javakhishvili outplayed Madine Davletbayeva and Georgia won the match. The Georgian team finished the tournament on fourth place, while Kazakhstan ended up seventh.

The fight between France and Turkey finished in favor of France. Kubra Ozturk made a draw against Nino Maisuradze, while Turkey lost the rest of the games. As a result, the French team finished on the ninth place. 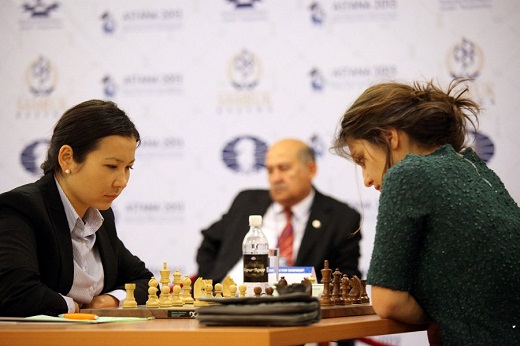 The match Romania versus the USA finished in a draw and both teams finished the tournament in the second half of the table. 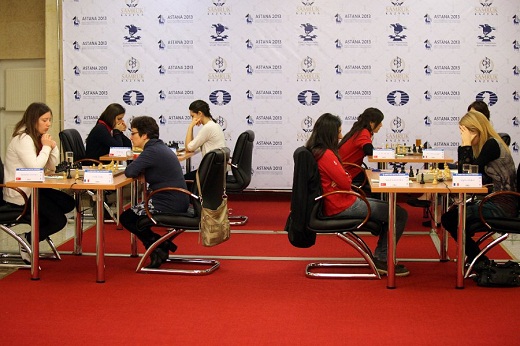