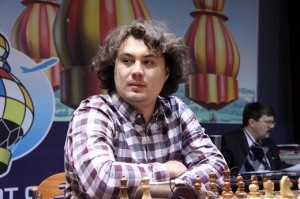 The 16th edition of the event was once again a strong 10-player round robin tournament.

GM Anton Korobov from Ukraine and GM Viktor Bologan from Moldova tied for the gold at 6 points each, but Korobov clinched the title on a superior tie-break score.

The third place was shared in a three-way tie by GM Ernesto Inarkiev from Russia, GM Emil Sutovsky from Israel and GM Denis Khismatullin from Russia, after the whole group finished the event with 5 points each.

More: The second part of TCEC Stage 2 is now in play, follow it live here