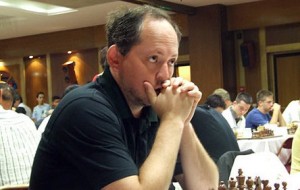 Grandmasters Ilya Smirin, Illya Nyzynyk and Conrad Holt tied for 1st-3rd in the Open Section with 7 points, winning $9,891 each.

In order of tiebreaks Ilya Smirin was 1st, Illia Nyzhnyk was 2nd and Conrad Holt was 3rd. The top two on tiebreaks played a special Armageddon blitz playoff, white had 5 minutes, black had 3 minutes and draw odds (a 5-second delay was used). Smirin had the best tiebreaks of the three, chose white and won the game and therefore the title of 2014 World Open Champion.