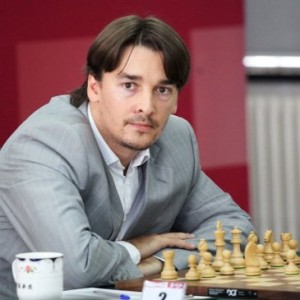 The Poikovsky Karpov Chess Tournament 2014, named after the former world champion Anatoly Karpov, was held from 11th to 20th May, 2014.

It was the fifteenth edition of the once again strong round robin event, with a time control 100 minutes for 40 moves plus 50 minutes for the rest of the game plus 30 seconds per player starting from move 1.

Alexander Morozevich emerged clear winner with 6/9 points, without losing a single game. The champion defeated Viorel Bologan, the reigning European champion for men Alexander Motylev and the ACP President Emil Sutovsky in the first part of the tournament, and kept his advantage until the end of Poikovsky Chess 2014.

Dmitry Jakovenko took the silver with 5.5/9 points, while Etienne Bacrot and Alexei Shirov shared third place with 5/9 points each.

The young Croatian Ivan Saric, winner of Corsica Masters 2013 and Tata Steel – B 2014, was the surprising leader in the first half of the tournament. He showed very good preparation and proved to be able to fight against the higher rated contenders. However, his three losses in the end against Bologan, Jakovenko and Bacrot, sent him on sixth position in the final rankings.

More: Tournament reports on Chessdom.ru / Replay the games with analysis