The 2012 Philippines National Open Chess Championships for men and women, dubbed as the “Battle of Grandmasters”, was held at two venues in the Province of Aklan, the Paraw Club in Station 1, Boracay Island from July 14 – 20 and at the Cabagnot Training Center, Old Buswang, Kalibo Aklan from July 21 – 26, 2012.

This prestigious tournament also serves the purpose of selecting the members of the Philippine Chess Team who will participate in the forthcoming World Chess Olympiad to be held in Istanbul, Turkey on August 27 to September 10, 2012.

The top three finishers in each section qualify for the national team.

Top Filipino player GM Wesley So (Elo 2650) is already assured of a slot while the National Chess Federation of the Philippines (NCFP) headed by Chairman/President Prospero “Butch” Pichay, Jr. has the option to pick the fifth player of the men’s team. 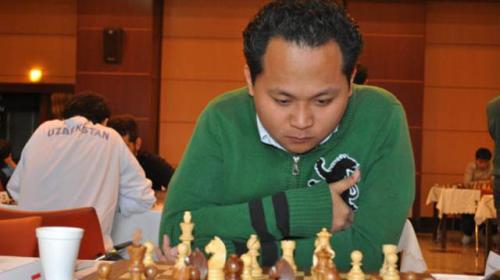 It is interesting that three players shared the 2nd place – GM Julio Catalino Sadorra (Elo 2525), Eugenio Torre (Elo 2469) and IM Oliver Dimakiling (Elo 2415). Now it is up to the NCFP to break the tie or use the option to include all top four finishers in the national team.