The Russian Chess Federation together with Elena and Gennady Timchenko Charitable Foundation announced the results of the bidding for the Russian Championship Superfinals 2017 as part of the Chess in Museums programme.

The tournament is a part of the Chess in Museums international programme, carried out by RCF together with the Timchenko Foundation since 2012. During this period, a number of high-level chess competitions were organized in museums: World Chess Championship 2012 took place in the Tretyakov Gallery, Alekhine Memorial – in Louvre (Paris) and Russian Museum (St. Petersburg), Russian Superfinals – in Rukavishnikov Estate (Nizhny Novgorod), State Art Museum of Tatarstan (Kazan), and the Novosibirsk State Museum of Local History (Novosibirsk), all-Russian Higher League competition – in Fort #5 (Kaliningrad), the 10th Tal Memorial – in the Museum of Russian Impressionism. 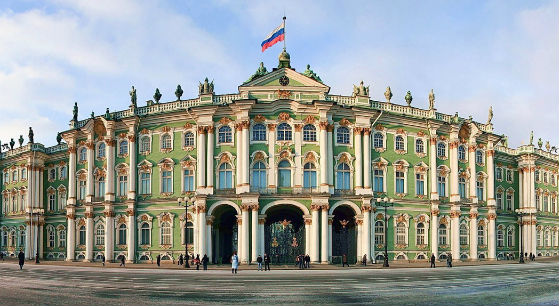 «Chess is not only a sport, but also an art. This connection becomes visible in museums, where the beauty of chess games is emphasized by aesthetics of exhibits and interiors. The Chess in Museums programme draws people’s attention to this ancient game, at the same time, demonstrating the cultural riches of Russia. We enjoy the fact that every year the museums of different Russian regions express their wish to become the venue for chess tournaments», says General Director of the Timchenko Foundation Maria Morozova.

On March 23, 2017, the Russian Chess Federation and the Timchenko Foundation announced the bidding for the Russian Superfinals 2017. The deadline for the bids was April 24.

The tender was won by the Saint Petersburg Chess Federation. The important selection criterion is not only an appropriate technological infrastructure of the venue, but also the level of support which the regional federation is ready to give, its contribution to the tournament’s organization and financing.

The name of the museum, which will host the Russian Championship Superfinals 2017, will be announced later.

Socially significant events together with a museum constituent are important parts of the Chess in Museums programme. On rest days, the organizers usually carry out master classes and simultaneous exhibitions for children of chess schools and sections, as well as tournaments for chess veterans.

Chess in Museums is an international programme implemented by the Russian Chess Federation together with the Elena and Gennady Timchenko Foundation. The idea of organizing chess events in major museums was for the first time realized in 2012, when the World Chess Championship match between Vishy Anand and Boris Gelfand took place in the State Tretyakov Gallery (Moscow), thanks to the efforts of Andrey Filatov and Gennady Timchenko. In spring 2013 the RCF and the Timchenko Fund organized the Alekhine Memorial. The first half of the super tournament was played in the Louvre (Paris); the second part took place in the Russian Museum in St. Petersburg. The 2013 Russian Superfinal was played in museums in Nizhni Novgorod. Chess is a special game closely related to culture and history. The Chess in Museums programme is aimed at making this connection evident and natural for everyone. The organizers have found an original format at the interface of sport and culture by holding chess competitions in the best world and Russian museums.

Elena and Gennady Timchenko Charitable Foundation is one of the biggest family funds of Russia. Elena and Gennady Timchenko have been involved in charitable activities for over 25 years, both in Russia and abroad. In late 2010, they established a charitable foundation to pursue long-term philanthropic goals especially focused on the development of small territories. The core activities of the Foundation are to support active longevity, develop amateur youth sports, help families and children, promote Russian regions through culture, and international humanitarian collaboration. These strategic objectives are aimed at systematically addressing contemporary issues in Russia and strengthening international relations.

We are successfully transforming society’s attitude towards the older generation and seeking to improve living standards for Russia’s senior citizens. We ensure the wellbeing of children deprived of parental care. We promote sport, making it available to all, irrespective of age, physical ability and place of residence. We promote cultural development in Russian regions, preserve Russia’s cultural and historical legacy, and build a “culture bridge” connecting Russia to other countries as a foundation for good neighbourly relations.

The Foundation helps people who change their lives and the world around them for the better. We are working for the present and future of our country.