The 2014 Sinquefield Cup will be the strongest chess tournament in the history of chess, bringing six of the world’s top-nine Grandmasters together at the Chess Club and Scholastic Center of Saint Louis. 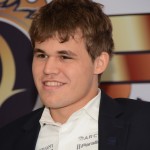 The World Chess Champion Magnus Carlsen (2877), winner of the 2013 Sinquefield Cup, will return to defend his title against an expanded field. Magnus is the third youngest Grandmaster in the history, obtaining the title at the age of 13 years 4 months and 27 days. World champion and the highest rated player by far (full 72 Elo points ahead of the nearest follower Aronian).

Carlsen has a great technique and is one of the best endgame specialists ever, dubbed “the Mozart of Chess” by Kavalek.

You can see the latest Carlsen’s games from the Chess Olympiad 2014 with GM commentary here. 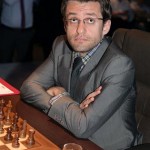 Obtaining an extremely aggressive and interesting style, he is Armenian hero, leading the national team to the Chess Olympiad gold in 2012, 2008 and 2006.

Aronian is a true master in complicated positions and it’s not by accident that he became Chess960 World champion in 2007 and 2006.

Fabiano Caruana (2801) is an American-born Italian Grandmaster and the youngest participant in Sinquefield  Cup with his 22 years.

Becoming Grandmaster at the age of 14 years 11 months and 20 days he is the youngest GM in the history of both Italy and the United States, surpassing the record set by Nakamura.

At his early ages Caruana was living in the same neighborhood where Bobby Fischer lived in his youth.

The youngest participant is ranked as World No. 3 and has a rarely seen pure technique. You can expect his games to be the longest in the tournament. 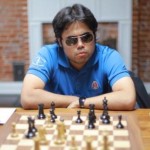 Nakamura was awarded the Grandmaster title at the age of 15 years and 79 days, breaking the record of Bobby Fischer by 3 months.

His first top performance amongst the super elite was winning the Tata Steel Tournament in Wijk aan Zee in 2011, emerging a clear winner, ahead of Carlsen, Anand and Aronian. This was described by Kasparov as the best achievement by an American since 1895. 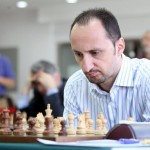 Veselin Topalov (2772) is the only former World Chess Champion in the field. He is currently World’s No. 8 best player.

Although he lost the crown, Topalov is still in great shape. He won gold medal on first board at the 2014 Chess Olympiad in Tromso and the 2013 European Team Championship in Warsaw. 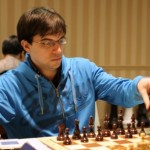 Maxime Vachier-Lagrave (2768) is the 23-year-old top French player and the 13th youngest Grandmaster ever, earning the title at the age of 14 years and 4 months.

In 2013 he reached the Semifinals of the World Cup, when he lost to the eventual winner Vladimir Kramnik.

Vachier-Lagrave is one of the World’s leading Gruenfeld Defence specialists and currently the ninth best active player.